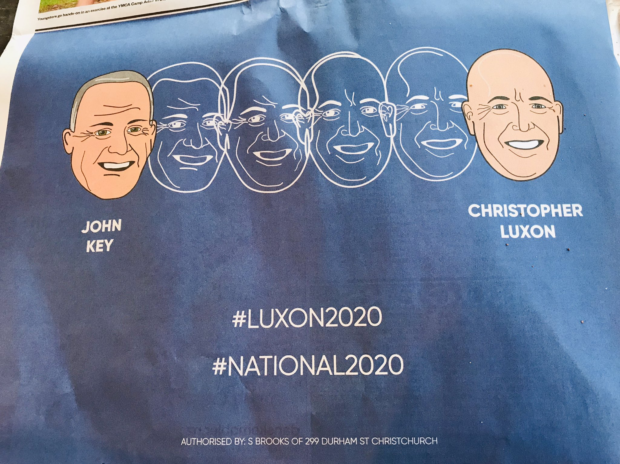 This advertisement appeared in the Herald this morning.  It clearly displays the desperation being felt within the National Party.

The proposition advanced by this rather expensive ad is that Chris Luxon will lead National to victory in 2020.

There are some problems with this:

With typical Tory arrogance elements within National think that they can parachute in someone with a business CV, spend money on creating a media persona, and then win.

It is a sign that elements within the party accept that Bridges is not up to the task.  And they would rather pump for a completely tested outsider than trust Judith with the job.

The National Party has denied formal involvement in the placement of the advertisement.