I’m no fan of the flag process. I think its a waste of money and a distraction from the real issues. I don’t think there has been any public sign of engagement or interest to be worth commenting on. Until now. Now there is Red Peak.

The four officially shortlisted flags have gone down like a lead balloon. Three of them look (sorry) like a cheap corporate logo, and the fourth is (sorry) uninspiring. That is why a genuine grassroots groundswell of support has emerged around the Red Peak design (by Aaron Dustin). See the Tumblr site, Facebook page, Twitter tag, the petition, and other commentary. The campaign has attracted international attention – here’s The Guardian:

New Zealanders offered flag shortlist ask: can we have this one instead?

Days after the government revealed four potential new flags to be put to a referendum, angry New Zealanders are campaigning to recognise a fifth alternative, or to boycott the whole process

New Zealanders have considered their government’s final shortlist of four potential new flags – three ferns, and an unfurling fern frond – and said: can we have another go?

Just days after the government-appointed flag consideration panel announced its final shortlist of four designs, a campaign has been launched to recognise a fifth
…
Its organisers have vehemently resisted suggestions that the movement is a show against John Key’s government. “Whether you’re pro change or anti change one thing we can surely agree on is that the 4 designs unveiled this morning are fucking terrible,” its founding statement said.

Red peak for the compromise win?

Some images and information: 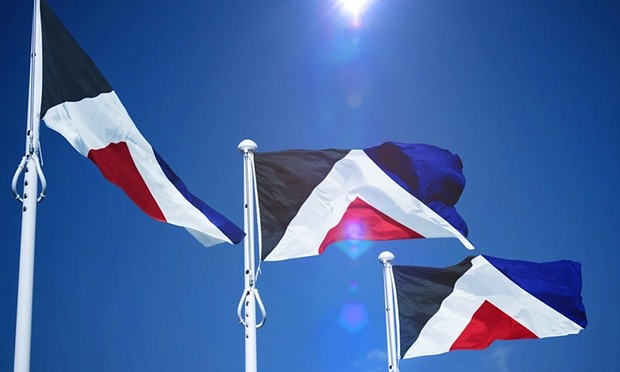 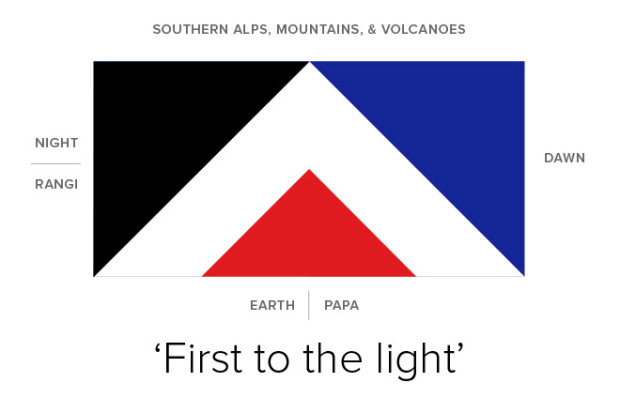