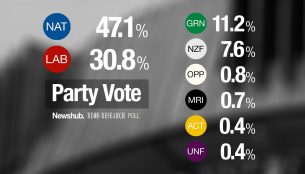 The preferred PM question is a bit of a nonsense, and the transfer from Key to English shows the huge incumbency effect. None the less the “talking points” are that English is on 25%, down from Key’s 36.7 percent in August 2016 (which was his lowest in eight years), and Little is at 8.3% and Ardern 10.5%. Naturally the right-wingers, who unsuccessfully tried to tear Ardern down, are now arguing that Ardern is too popular, and it’s a problem for Labour! Must be a day ending in a “y”. I see a poll where Labour leadership is within striking distance of Nat leadership, for the first time in quite a while.