Send a JAFA to Wellington…. 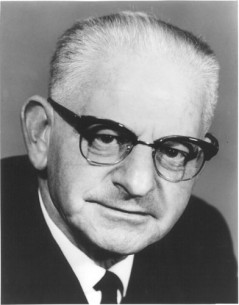 To paraphrase Muldoon – send a JAFA to Wellington, and we can only increase the average intelligence of both parts of the country.

Needless to say, TV news chose to focus on a minor story in Goffs speech. If a future mayor of Auckland, Brown, can sit at the cabinet table on decisions related to Auckland, it is pretty damn irrelevant. Historically as every Aucklander knows, government would prefer to avoid doing much for Auckland. Having the mayor there won’t change that.

Just think of some of the total dickheads we have had as mayors and councillors of Auckland. Mostly short-sighted C&R establishment feathering their own interests. With the far-sighted exception of Dove Myer Robinson, who wouldn’t we have wanted to dispatch to Wellington. We sent that export to and unfortunately immigrant from Whangarei (John Banks) there, but the prick came back and seated himself in Robinsons seat, and then did f*ckall.

Why have we historically managed to elect some total cretins into the seats of power in Auckland? Because none of us can really be bothered to do the job! If we’re lucky, they go the other way, and we get rid of them into parliament. If we really have to, we inflict them on Invercargill.

Hopefully this year, this time Aucklanders will actually elect some useful people into the super-shitty council. Preferably by ignoring the C&R pillocks from Remers and Parnell who locked us into the motorway system that is steadily stifling the city. With the help of their national allies in Wellington in the 50’s and 60’s, they destroyed every opportunity to have a viable public transport system in Auckland. This time we should remove these troughers, their pet construction companies,  their property developer biases, and elect some people that can actually represent this city and the interests of all its citizens.

This time the local body election is actually important and can make a difference. That dipshit from Epsom, Rodney Hide, may have accidentally done us a favour. After this years election, our representatives can largely do what they want without the constraints that Wellington has previously imposed – including spreading the representation downwards.

But what else do you expect from those idiots that try to be political editors in NZ TV. They will go with the simplest story even if it is minor because it is all that their little heads can carry. NatRad on the other hand concentrated on the important part of the speech.

If the dipshit from Epsom sells our assets, then Labour will reverse it.

Now that is important because there is a really dangerous part of the super-shitty botch-up is in the misnamed council-controlled-organisations (CCO’s). They are misnamed because the council doesn’t control them. It can’t control them because the managing staff are appointed by the dipshit from Epsom. You can just bet that he is just interested in either selling the public service assets we’ve accumulated over the years or running them down. After all we’ve seen what has happened to the Douglas inspired selloffs over the years. Their value to their customers has simply disappeared down the toilet and leached off to the sellers mates. Act is the current incantation of that political tendency.

Phil – you did pretty good today. But we all knew you’d do pretty good when we dispatched you to become a JAFA in Wellington…