Spare a thought for ACT and David Seymour 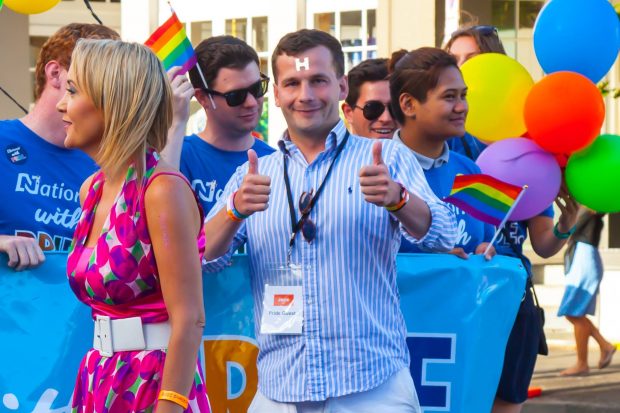 Spare a thought for poor David Seymour and the ACT party.  Seymour may as well be a hologram this term such will be his influence.

From Stacey Kirk at Stuff:

It’s been a faithful National Government support partner for nine years, but Prime Minister Bill English has told ACT its services are no longer required.

ACT leader David Seymour made it back into Parliament off the back of a long-running deal in which National has gifted the party, which failed to register one per cent of the party vote, the Epsom electorate. The deal has occurred in the past as a way to ensure National would have an extra seat in Parliament, however as English prepares to go into coalition negotiations with NZ First leader Winston Peters it’s apparent he considers it too difficult to negotiate between them.

“I’ve spoken to David Seymour, I think he understands how the numbers stack up,” English said.

Kirk should have used plain english to describe the “long-running deal”.  It is a rort designed to distort the democratic wishes of the people although she is perfectly correct that it is done in such a way to give National an extra seat in Parliament.

And Seymour and ACT must be licking their wounds.  They received $850,000 for a campaign that netted 11,000 votes. Do the math. Then call the Taxpayer’s union. Such excessive expenditure for such a pitiful result should be investigated.

No doubt ACT will still continue to dominate the media.  Even today mad dog Richard Prebble was given yet again prominent space in the Herald this morning to attack Labour. Pravda would be proud to have a system where voices from one end of the political system dominate mainstream media so completely.

But it is not all bad.  At least charter schools should be off the agenda.

And it is not all bad for Seymour either.  From his taxpayer paid luxury he will be able to lecture the rest of us of the importance of hard work and how depending on the state to survive is a very bad thing.

You can almost feel sorry for David Seymour. He's consistently appeared not to understand he's just a sockpuppet for National's majority

45 comments on “Spare a thought for ACT and David Seymour ”