The Fourth Estate struggling in the social media world

Ahead of the 2020 General Election in New Zealand, Labour Prime Minister Jacinda Ardern has announced that her party is committed to run a factual election and has signed up to a social media tool to help prove it. The 2020 NZ election will be an interesting case study of whether in the social media age there can be honest political debate free of misinformation and manipulation of facts.

Social Media – A force for good?

Nick Kelly on the role of social media in the UK election.

Helen Clark is as succinct as ever.

We have passed an interesting milestone in the evolution of NZ politics. Key’s poll-driven pandering has just been taken to the next level. Political / media dinosaurs will never be able to dismiss “The Twitterati” again.

Scientists remind dickheads of their inadequecies

Ever imagine what a bull elephant’s penis looks like? Well wonder no more. Biologists kicked off a #junkoff today with this challenge. I have to say that the local trolls waving their dicks about on this site look poorly endowed and rather unimaginative.

Key: I Apologise for Not Being a Man

It’s hammer time! Prime Minister John Key apologises for not being a man …

Is this the nastiest election ever? The wit and wisdom of Twitter on this and other matters…

When will they ever learn?

How did @peace’s offensive song from 2013 suddenly become topical news? Why the usual suspects of course…

Bryce Edwards had his go at a list of the top 100 tweeters to follow this election, but with only 24 women making the cut he faced terrible accusations of “a perceived lack” of gender balance. The silver lining is that his follow-up post was chock-full of the women who complained! Pesky, pesky women, as […] 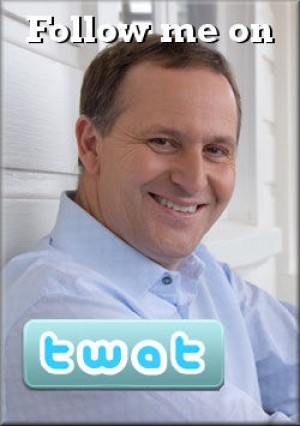 There was some great fun on twitter yesterday with the hashtag #keylines. Here’s some samples.

The PM’s Chief Press Secretary Kevin Taylor thinks he’s above those who are actually elected.  So much so he feels free to tell journalists that an elected Member, who represents the people of New Zealand who voted for him, is a “fuckwit” and that they can “quote him”. Or perhaps “Captain Panic Pants” will claim that it’s just the pressure getting to him.

Someone’s set up a swag of fake Twitter accounts under the names of Labour MPs. Apparently Labour came across these on Monday at the latest and wrote to Twitter telling them the accounts were fake. But no-one, including his staff, told John Key the tweets were obvious forgeries. So he jumped up in Parliament today […]