In July 2019 BBC current affairs show Panorama did a report on antisemitism in Labour. Ironically many of the whistleblowers from this Panorama documentary were the people named in this leaked Labour report as having frustrated antisemitism investigations. Were it not for COVID-19, we can be sure the BBC would ensure this was properly reported on to ensure a balanced and factual news service had been provided. Or maybe not?

Why UK Labour lost?  Part 8: What it takes to win

The UK Labour Party in the 2019 election assumed that like in 2017, the release of their policy manifesto would see their support increase significantly. Assuming that 2019 would be a re-run of 2017 was a foolish mistake.

Why UK Labour lost?  Part 7: Momentum and the Corbynistas

Momentum and its supporters need to find a way of selling genuine social democratic politics to a conservative English public.

Democracy is a precious thing, and not something that can be taken for granted. Having an electoral system where every vote matters is crucial to creating a decent society. It is time that the UK started seriously debating electoral reform and how to improve its democratic systems.

Brexit – sorry its not getting done anytime soon.

Can the Conservatives get brexit done by January 31st as they are promising in the election? The short answer is no. The slogan is catchy, and taps into public sentiment. But it is also pure unadulterated bullshit. If the Conservatives do form the next government these words will haunt them, especially Boris Johnson.

Christian tradition dictates Christmas falls on the 25th of December. This year though, if we simply view Christmas through a lens of ‘good things happening’, then Christmas is coming early.

Youth and the aspirational centre

In 2017 UK general election, it was predicted that the Conservatives would win by a landslide. Why? Well the polls said so. The polls made various assumptions about turnout and which constituencies were marginal and likely to turn. Also commentators assumed that Labour under Corbyn had moved too far left, and could not win the centre ground and win. All of this commentary and analysis proved to be bullshit.

With just over a week to go till the UK General Election, polls (which are questionable in reliability) show the race getting tighter. Expect lots of harsh word and dubious tactics. In all this, political operators shouldn’t forget that real people’s lives are impacted by events like terror attacks. Politicians from all sides need to think about their actions before trying to gain political points.

The folly of electoral pacts

Originally posted  Nick Kelly’s blog One feature of the UK election has been various electoral alliances or deals done. This has mostly occurred around the issue of Brexit. Early on in the campaign I wrote about Trump’s intervention in the UK election, specifically him calling on The Brexit Party and The Conservatives to do a deal. […]

Nick Kelly deals with issues of antisemitism that the UK Labour Party has faced.

Nick Kelly on UK austerity and who should have paid for the financial crisis.

Theresa May’s final Brexit deal is voted down by the UK Parliament. What next?

In the UK, 3 Conservative MP’s have now aligned themselves with the 8 dissenting Labour MP’s in the ‘Independent Group’. What does this mean for both parties and how will it affect Brexit?

And the antisemites are…?

UK Labour adopted the IRHA definition of antisemitism in full, and…

If the campaign was a month longer I have no doubt that Labour would win outright. As it is they will I think they will probably lose, and this will be a good thing for UK Labour long term. 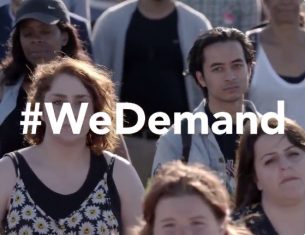 UK Labour manifesto – for the many not the few

UK Labour unveils a plan that is both radical and responsible.

BREXIT has brought into sharp relief the cleavages in British politics. The ordinary members of the UK Labour Party are consolidating their take back of Labour from entitlement minded Blairite Third Way careerists.

So Jeremy Corbyn’s leadership has been openly challenged.

What will happen to the UK Labour Party? The chances of a split into a pro Corbyn activist based and Union based Labour Party and a MP dominated careerist party appear to be very high.

Jeremy Corbyn is fighting back against those plotting to force his resignation. But is it too little too late?

According to a new poll, Corbyn appears very electable indeed, despite more squeeling from Tony Blair and the right wing establishment of UK Labour.

Older posts
Older posts
Older posts
Only for the purposes of Electoral Act 1993 and the Broadcasting Act 1989 everything on this page is:-
Authorised by Lynn Kelvin Prentice for The Standard Trust,
3K / 6 Burgoyne Street, Grey Lynn, Auckland, New Zealand.
Translation: If you want to highlight or just to whine about something election related on this site then contact me.