Fair to say that UK Labour exceeded (most people’s) expectations. It’s a remarkable result that has buried Blairism, reinvigorated socialist principles and the political left, defied the Murdoch media, and badly damaged the tories. In short, it has reshaped the political landscape of the UK. Not bad Jeremy, not bad.

Much of the success was built on the youth vote. Give the young something to vote for, that’s an easy lesson. Strong left wing policies are not necessarily electoral poison, that’s another. Cooperate with your allies. FPP still sucks.

What else? What can NZ Labour learn from and use?

Youth out in full force as 72% of young people vote in general election https://t.co/K5z2qz7NqA

#BBCelection Tory on BBC blames youth vote for loss. Literally saying they would have gotten away with it if it weren't for those pesky kids

Lots of Tories blaming the unexpected youth vote. You hear that, young people? The Tory strategy relied on you not voting. #ge2017

Woke up feeling super hopeful. 75% turnout amongst 18-25s, a record breaking number of female MPs and a huge shock for the mainstream media

In the UK, youth voting has crippled an austerity government. In NZ, it could give us one which acts on climate change and fresh water

BBC reporting that Jeremy Corbyn has done more to increase his party's vote share than any British leader since Clement Atlee in 1945.

And this pretty much cost Labour the election. Work with your allies! https://t.co/5S6mOstxbe 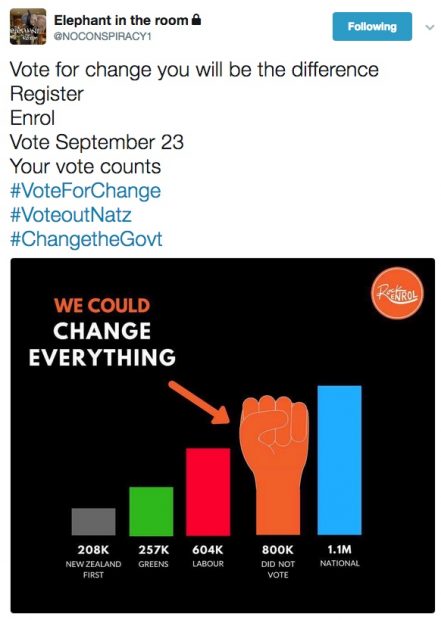