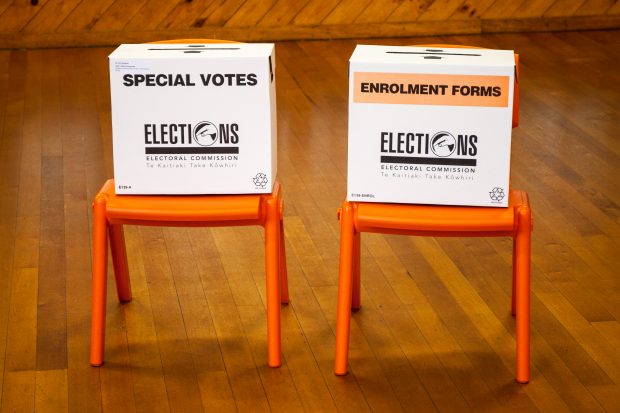 The system of enrolling to vote is is more streamlined this election.  Eligible voters can enrol and vote at the same time as long as it is before voting day.

There is a problem for progressive parties because far too many young people are not yet enrolled to vote.  And young people tend to be more progressive than their older counterparts.  There are various theories for this but I think it is because young people are more collective and they are really concerned about the long term trends that our society is facing.  These are areas where Labour and the Greens excel.

But if they don’t vote or their votes don’t count this distorts the democratic outcome.  It becomes less forward looking and more insular than it should be.  If we are worried about our future and about each other.

With polling day fast approaching, nearly a quarter of a million younger voters are yet to enrol, according to figures from the Electoral Commission.

Political parties on all sides of the spectrum are keen to tap into the potential missing younger voters might offer.

That was last seen in Britain’s snap election in June when the ‘youth quake’ restored the country’s Labour Party to a credible opposition, defying the pollsters and astounding pundits.

Green Party youth spokesperson Julie-Anne Genter said it was trying to reach as many disenfranchised young people as possible.

“Whether that’s using social media, going and speaking at high schools and university campuses … and I’m certainly spending a lot more time trying to get my head around Snapchat.”

So if you are young and not yet enrolled or there is someone in your whanau that matches that description then what you need to do is clear.  Make sure that you or your whanau visit an early voting booth and enrol and cast a vote at the same time.

Your country’s future depends on a progressive future looking Government being elected.  We cannot sustain more of the same selfish short sighted rule that we have had over the last nine years.

And if you want to help the parties …