What conflict of interest 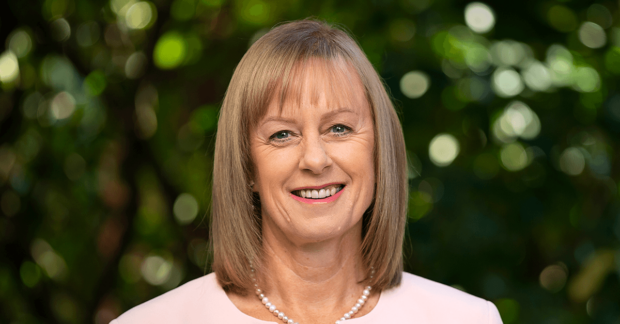 National continues to shoot itself in the foot.

For a while now it has, with the aid of its useful idiots in the media, been on the attack against Nanaia Mahuta.  Her whanau perform various services for Government Departments.  And, shock horror, they get paid.

Mahuta states that she has always been assiduous in handling the perceived conflicts.  There is no automatic rule that an MP’s spouse is precluded from providing services.  Otherwise teacher spouses could never teach in a public school.

And considering that Nanaia’s whanau are in the upper echelons of Tainui this would have a really retrograde effect on Tainui’s future.

New Zealand is too small.  This is why conflicts need to be managed.

A review into Nanaia’s handling of conflicts is under way.  I am confident the report will confirm she has behaved appropriately.

National and Act have has been on the attack for some time.  Call me a cynic but I wonder if Nanaia’s race has something to do with their choice of target.  Gauging by the reprehensible social media I have seen circulating through right wing social media I get the strong impression that it is.

National thought it had struck the jackpot when the Public Service Commission announced a review of the handling of Manuta’s conflicts of interest, even though Chris Hipkins’ request was probably the feature that got it over the line.

But yes let us make sure that conflicts are handled properly and appropriately.

So National’s announcement of of Barbara Kuriger being stripped of all of her portfolios for conflict of interest is such an own goal.

National Party leader Christopher Luxon has confirmed Taranaki-King Country MP Barbara Kuriger has resigned her portfolios of Agriculture, Biosecurity and Food Safety over a “personal dispute” with the Ministry for Primary Industries.

In a statement, Luxon said he was aware Kuriger and her family were involved in the dispute.

“I discussed this with Ms Kuriger and she accepts that this is a significant conflict of interest and the failure to recognise it and to take steps to manage this conflict has been a serious lapse of judgement,” he said.

“On this basis, Ms Kuriger felt it appropriate to resign from her portfolios.”

The background is as follows:

Her son was charged with animal cruelty offences in relation to a herd of cattle who were lame and suffering white line disease in 2016 and 2017.

He was convicted in 2020, and Kuriger raised concerns at the time about how the investigation was handled.

In a statement today, she said she accepted the conflict should have been recognised sooner, but she worked to keep it separate from her work.

“This has created a blurred line with my portfolio responsibilities and in order to continue to support my family, I am stepping aside,” she said.

“Although the dispute is, for me, a personal matter which I have endeavoured at all times to keep separate from my professional role, I accept there has been a conflict of interest which I should have recognised sooner, and managed.”

There were other aspects to the prosecution.  Kuriger’s husband was also charged but what appears to be a coordinated plea bargain charges against him were dropped after Kuriger’s son pleaded guilty to amended charges.

The allegation was that  alleges Kuriger has used her official letterhead to persistently request for official information about her family’s case.

Given that she may eventually have been the Minister for MPI the sense of bullying is strong.

She has not been a stand out as an MP.  She did see weird culture wars in Dr Seuss’s estate deciding to withdraw a book from publication.  She did dob in Todd Muller for talking to a reporter about Harete Hipango and this led to his downfall.  Muller has now taken over her portfolios.  Politics can be pretty brutal sometimes.

I wonder if Kuriger will stand next election or if she will retire to spend more time with her family.  Sounds like they may need some extra help on the farm.

But whatever happens National now complaining about conflicts of interest will look hypocritical.  Although I don’t think this will stop them from continuing with the attacks on Nanaia.

19 comments on “What conflict of interest ”