What will 2018 bring for National? 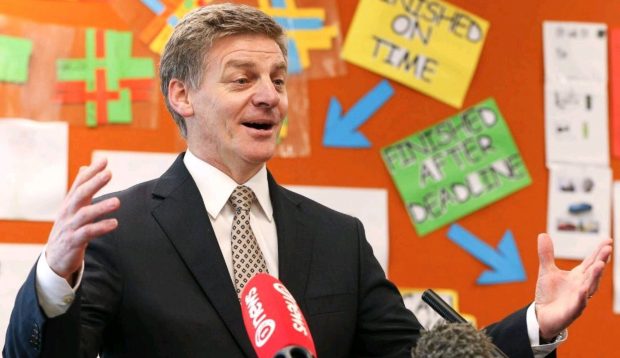 I almost feel sorry for National. Last year they nearly pulled off what would have been a remarkable election victory and a fourth term in power.

Thankfully for the sake of the country this did not happen. The combination of utter indifference to the big problems the country was facing as well as the plight of the poor and the dirty politics hatchet jobs that National performed as a matter of course eventually caught up with it.

But it is currently is in a relatively healthy position. Polling at 44% of the party vote in the 2017 election is not a result to be sneezed at. Although National has problems. It has no friends apart from a puppet party that survives only because of a sweetheart deal in Epsom that distorts the true intent of MMP.

But National’s ranks are full of those who believe that their correct position is at the top of the pile. Failure of any sort is not tolerated.

There have been claims that Bill English’s position as leader is secure but I am not so sure.

Already Jacinda Ardern healthily outpoints him on the preferred PM status. And I expect this to become even more pronounced. Unlike a couple of poorly performing colleagues she has taken to Government like a real natural. I expect the country’s appreciation for her to continue to increase.

Which is why I believe Bill English will find himself in an increasingly difficult position. He will not be able to counter Ardern’s charm and charisma let alone her intellect. He will increasingly appear to be yesterday’s man no longer capable of doing the only job that matters for National, and that is returning it to power.

This is why the chances of either him standing down as leader or of some sort of coup against him being mounted this year are very high.

And it is not just me.  National insider and occasional Standard reader Matthew Hooton thinks the same.  He believes (NBR paid content) that it is extremely unlikely that English will succeed in being reelected as Prime Minister.  His only prospect is for the current Government to collapse and remorseful voters then returning to National’s fold.  Otherwise its return to power will depend on generational change.  As he says old faces do not win 21st century elections.

Hooton predicts a number of senior members of the National Caucus will need to decide if they go now or if they wait for demotion later on in the year.  He singles out Paula Bennett, Steven Joyce, Gerry Brownlee and Nick Smith and thinks they have all done their dash.

And former National Cabinet Minister Philip Burdon also thinks that the chances of an upheaval are high, although he thinks that English is safe at least for now.

From an opinion piece published in Stuff:

Politically it can be assumed that Labour has re-established itself as the dominant alternative option to the National Party. The Greens retain a brand image that almost certainly secures their ongoing relevance in the NZ political scene.

The challenge for NZ First will be for the party to create an identity independent from its founder and current leader Winston Peters.

The National Party in the meantime will have to deal with the agonies of generational change as they replace a time-lined front bench, who with the exception of Bill English (whose leadership is secure) will be under increasingly unsympathetic scrutiny from frustrated and ambitious back benchers. If history is any precedent their challenges have only just begun.

It will be an interesting year.

Who are the pretenders to English’s throne?

Joyce probably thinks he is a prospect but I suspect the $11 billion hole may have sunk his chances as well as his reputation. Although it may have stopped National’s slide in the polls it showed that Joyce is incompetent and should not be trusted with any further power.  And he is clearly one of yesterday’s people.

Judith Collins thinks she has a chance. God loves a trier. Maybe if she makes it Cameron Slater could become chief of staff.  Somehow I do not think this will happen.

Jonathan Coleman also probably thinks that he has a realistic opportunity of nailing the big one.  He is such an unlikeable person, even within his caucus that his chances must be remote.

And they are up against Jacinda Ardern who has already shown herself to be a formidable leader.  I think that National’s caucus will realise their candidacies are not viable.

I suspect National’s caucus will coalesce around Nikki Kaye and use her winning of Auckland Central against Ardern as justification for this.  Although the tactic she used, failing to turn up to any debate where Ardern was present is not a tactic that inspires confidence that she has what is required.  And nothing I have seen of her strikes any sort of fear or concern.

National face a big problem.  While in Government they were very good at the smears and the PR jobs, announcing again and again existing policy and stroking prejudices so that those in talkback land remained supportive.

But they will find opposition much more difficult.  Expect there to be a fair amount of blood on National’s caucus room floor while they sort things out.