Will Labour go it alone? 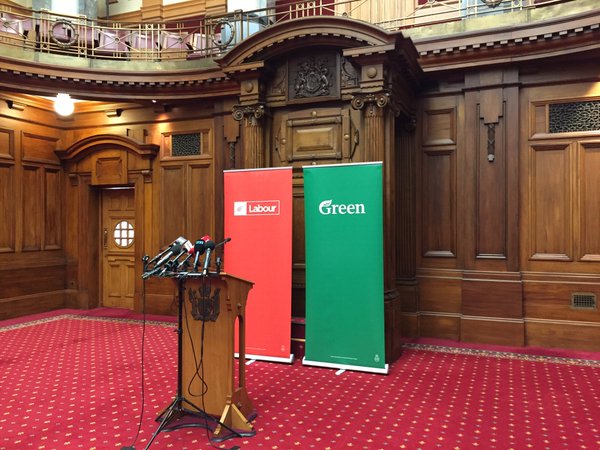 I have no idea if she is right or not.  But Tova O’Brien has suggested that a Labour Green joined at the hip coalition is not going to happen.

There has been a fair bit of commentary suggesting that the election result was bad for the left.  This is surprising given that the only available rational conclusion is that it was a blood bath for the right.

Labour polling at levels never seen under MMP and not seen since Micky Savage’s time is an outstanding result.  And the Greens created history of their own.  They were the first support party to increase their share of the vote in a subsequent election.

The commentators are not picking up what happened at the grass roots of our democracy.  I have spoken to many, many people over the past few months.  Overwhelmingly their response was that Jacinda and the Government had handled Covid exceptionally well, National was a mess, and they were going to vote for who they could trust to do the job.

Why did the Greens do so well?  I am pretty sure there were more than a few Labour voters thinking they needed to make sure the Government was as progressive as possible and made sure that the Green Party can have a significant effect on party policy.

Both parties have had to draw heavily on their respective lists.  I said this a week ago:

For Labour Mangere-Otahuhu Local Board Chair and all round good person Lemauga Lydia Sosene is 54 on Labour’s list and has a good chance of being in the next Parliament although there are electorate MPs below her on the list who should win their electorate and it will be tight.  Mangere deserves two MPs.  Epsom has though the ACT gerrymander had two MPs for the past 15 years.  Mangere deserves to be treated the same even if more legitimate and democratic methods are used.

For the Greens at number 11 on their list Steve Abel is tantalisingly close.  His history with Greenpeace and fighting climate change is formidable.  His lifetime of activism and his deep understanding of the issues would be invaluable for the next Government. This Parliament needs Steve to be there.

Sosene and Abel are the next MPs into Parliament, just on the wrong side of the current vote count.  I hope they both make it, soon.

Should Labour go into coalition with the Greens?

In brutal terms there is no need to.  Previous coalitions were to make sure that the dominant party had a majority in Parliament to ensure supply and a buffer in case of emergency.  Labour has a healthy buffer.

It is a function of people seeking public office but there is a great interest in occupying Ministerial positions.  I am actually a fan of the Micky Savage way of doing things, from each according to their ability and to each according to their need.  Put all Parliamentarians on the same salary and invite those that are keen to do extra work.  Unfortunately it does not work this way.

So a joined at the hip coalition does not seem likely.

However there is the potential of a confidence and supply arrangement and there are some talented members of the Green caucus who should be offered Ministerial positions outside Cabinet.  As examples James Shaw’s work on the Zero Carbon bill last term was invaluable and Julie Anne Genter has a significant contribution to make to the areas of transport and sustainability.

As for the Maori Party I believe that it is important for a respectful relationship to be developed.  The Maori Party is the latest of a number of parties set up with a Maori focus dating back to Mana Motuhake in the late 1970s.  I have a lot of time for many of its policies.  The Maori Party in my view would fit better in a Labour coalition than in a National led coalition.

Further evidence of the swing to the left is the Greens winning Auckland Central and the Maori Party winning Waiariki.  That a majority were willing to endorse Chloe Swarbrick and Rawiri Waititi shows how far they have come.

Further details of the new Government’s make up will appear this week.  But given the utter domination of Parliament by the centre left and left, the fact that National’s caucus has been reduced to a Christian Farmer rump, and the ACT party has more than a hint of being full of crazies, this will be an interesting Parliament.

Finally here is the Labour Party policy platform.  Read it carefully.  It is this Parliament’s coalition agreement against which at the end of the term Labour’s performance will be measured.