Today is the last day for submissions to the MMP Review.

If you haven’t done so yet, make sure your have your say – it only takes 5 minutes for the short submission.

Another shaming poverty report for the government to ignore

Here’s a prediction for you – the Nats will ignore this report too. They’re not particularly interested in the issue of kids in poverty.

Labour’s got its Auditor-General inquiry into Jones’ approval of Yan’s citizenship. We’ve seen this movie before. In a year, the report will recommend better procedures but nothing more. Jone will be reinstated. The politics is more important. Shearer’s shown he has the power to control his senior MPs and set a high standard of accountability. When will Key match that standard and stand down Banks? 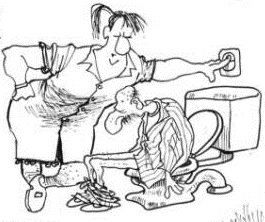 Judith Collins has tried to go for a lower bar in her defamation suit against Andrew Little and Trevor Mallard to get it over with quicker. But asking for a declaration, rather than damages, doesn’t reduce the legal test. There’s just no way Collins is going to be able to show she was legally defamed, let alone rebuff the defences Little and Mallard have.

Budgets allocate money not just for 1 year, but for the next 4. When National says its putting $511m into education, that’s actually $128m a year over 4 years (less than inflation). So, it stands out like a sore thumb that National has promised to limit teacher loses at 2 per school for only 3 years. After that? Seems like Key doesn’t expect it’ll be his problem. Nats pay for booze for the elite, cut home insulation for families

National blew the VIP entertainment budget for the Rugby World Cup by $5 million, despite none of the promised big names actually turning up. They got the extra dosh out of Mfat’s budget. In unrelated news, the government is cutting the Greens’ Warm Up New Zealand programme, which has returned four times its costs in benefits. There’s no money, you see.

Winston Peters is on the attack over Tariana Turia’s slush fund again. This time, Turia and John Key find themselves defending a $60,000 grant to a rugby club to investigate “undertake whanau development research”, on the spurious grounds that ‘the old way doesn’t work, this is something new, so let’s try it’. In that spirit, I have a proposition for Mr Key.

There was a time when John Key used to promise solutions to any problem you could name. Or he would act sympathetic and concerned by the consequences of his government’s own policies. But the broken promises and falseness wore thin. Key’s new tactic is simply to pretend that problems don’t exist. Apparently, that’s called leadership in National Party circles.

National has copped a hell of a backlash for increasing class sizes. The internal polls are said to be diabolical. There are a million parents of school-age kids out there, and they’re pissed off. Now, they’ve flipp-flopped and dipped into the emergency money. They won’t say how many teachers they’re cutting but it’s at least 400, probably 1,000.

Larger classes only for the peasants

So, half the Cabinet sends their kids to private schools. Those schools – which National has upped the taxpayers subsidies for – boast of small class sizes. Kings, where Key sends his kid, says: “Class sizes are limited and our policy of a low pupil-to-teacher ratio ensures students are given greater individual attention in the classroom”. Guess larger classes are only good for the peasants’ kids.

NRT: Breaking our word on the environment

No Right Turn on the World Wildlife Fund report which finds us failing to meet the major commitments agreed to at the Earth Summit in Rio de Janeiro, 20 years ago.

Budget app a waste of money

National is crowing that 8,600 people downloaded the Budget App. Pity it doesn’t work.  And, of course, you can view the budget via your phone or tablet’s browser already without an expensive app. The Nats reckon the $59,000 cost is ‘free’ because it came from printing fewer paper editions – a bit like how if you save $100 at a sale it doesn’t matter if you set $60 on fire.

Is the government coming to its senses on the matter of reducing class sizes? That would be a rare pleasure indeed…

Your choices for PM: a thinker or a ‘glib performance artist’

Colin James contrasts Shearer with Key: At a post-budget standup on Thursday he lacked leader-like fluency, deferring readily – and necessarily – to finance shadow minister David Parker who had his lines off pat.This factor should diminish over time as Shearer settles – though don’t expect him to become the sort of glib performance artist John Key has become. Shearer is too earnest and too aware of complexity.

Who’s National looking out for?

We’re told that these are tough times and we all have to share in the pain. Yeah, right. National dug this hole with $2 billion in ‘fiscally neutral’ tax cuts, billions in subsidies to polluters, and white elephant motorways that aren’t worth what they cost. And who’s being made to bear the cost? The rich are doing well, while the poor and middle class go backwards.

Riveting television for politicos on-line at the Leveson enquiry tonight at 9pm as Tony Blair is questioned by the silken Robert Jay QC. More details on the mating of porcupines will no doubt come up. Revelations of the hidden relationship based on mutual interest between Murdoch-owned media and British politicians are very disturbing. While prosecutions  and resignations may follow there, the lessons apply here as well.

So tobacco is a ridiculously addictive drug that offers no accompanying high for the user. It has pretty dire health consequences and was promoted for years as harmless, chic and sophisticated and the government even gave it away to combatants during WWII by the carton load.

But now the government wants it gone.

National’s got this love affair with ‘outcomes, not outputs’. Means funding teachers and community groups on the achievements of their students or clients, not the number they have. You don’t have to have seen The Wire to know the results. Schools and community groups will pick winners, only those who can achieve easily, to protect their funding.

Just as a quick update on my pre-budget Spin v reality about a Government that has the worst growth record of any since before Michael Joseph Savage, and has a 52% increase in unemployment despite more than 1,000 NZers leaving for Australia each week.

Nats attack education at every level

If you were a rightwinger, who believed the route to a prosperous society (for the elite, at least) was through private endeavor, wouldn’t the way to help that along be to invest heavily in education? Then, people would be equipped to work out the rest themselves, without the State. So, why is National attacking education at every level? Do they see education as a threat?

A couple of good BBC articles: what have the Romans done for us? and can we have a society that doesn’t depend on us becoming ill with our fatness? And Kim Hill’s excellent interviewee Steve Keen.

Not with a bang but a whimper

Bad news from Bonn. Not that you’d know it from NZ media coverage of course.

Adding to the canon of reasons and commentators on why you don’t sell your assets (particularly to pay for your maintenance) is an excellent article on The Guardian. It is an article exhorting the countries of the Arab Spring to resist Western countries pressure to implement neo-liberal economics in the name of ‘freedom’. It cites […]

Taunting the young people who are getting the shitty end of the economic stick – does it get any more arrogant than that?