About the latest Colmar Brunton poll

So the latest Colmar Brunton One News poll has been released.  And the results are: 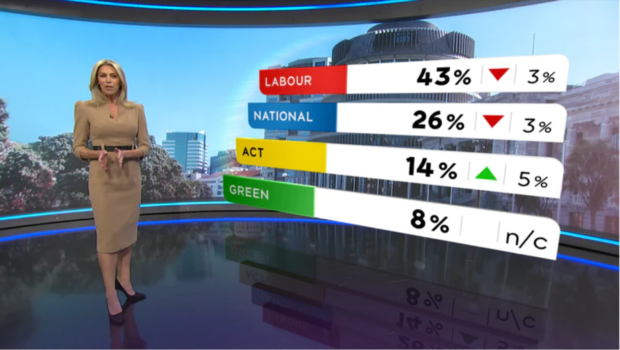 The commentary is interesting.  Pundits claim that both Labour and National have suffered some damage.  The reality is that Labour is at levels that in any MMP election except for the last it would have dreamed of.  If in the future Labour repeated its result from the last election I would give up political activism because it would no longer be needed.  I would join up with Greenpeace and buy some super glue.

New Zealand First’s surge is of concern.  If they made it back next election they would be a major impediment.  Now is the time for brave decisive leadership.  Now is not the time to allow the rantings of your grandfather talking about how it used to be to divert attention from the really important decisions we need to make to address future crises like, for instance, climate change.

Act is doing well.  There are many grumpy people around.  There has been loud concerted public commentary against the latest lockdown?  It is not as if Aotearoa is performing better than all of the OECD in terms of Covid deaths.  Well actually we are but judging from the commentary this feature is not relevant.  Democracy is a complicated beast.  Uninformed random reckons are numerically worth just as much as the most pristine rational intellectually informed opinions.  And there is a market for those who stroke ill informed opinions.

The leadership result was interesting.  There will be some effort to suggest that Jacinda’s 44% support rating is somehow a vote of no confidence.  For many years I have dreamed of this sort of result for a Labour leader. 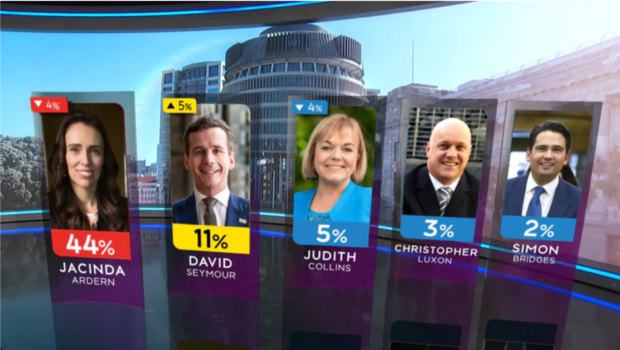 Judith Collins is in major trouble.  The repeated leaking from her caucus reminds me of how Kevin Rudd undermined Julia Gillard.  The leaking was totally motivated by self interest and not by a desire to improve the common good.  Political parties with this sort of activity should be punished mercilessly.  Having a caucus with this level of shit fuckery happening in it should be reason for the electorate to never trust them again.

For Labour this is a good result, down from the stratospheric recent results but totally consistent with the mood of the electorate, that still celebrates our Covid status but is tiring of lockdowns.  And for National this is a catastrophe.  Their leader is operating at just over a tenth of the popularity levels of Labour’s leader.

For Judith the only question is when.  For Labour if they can overcome this latest Covid incursion I would expect their support to improve.

152 comments on “About the latest Colmar Brunton poll ”