Dear America Antifa is not the problem 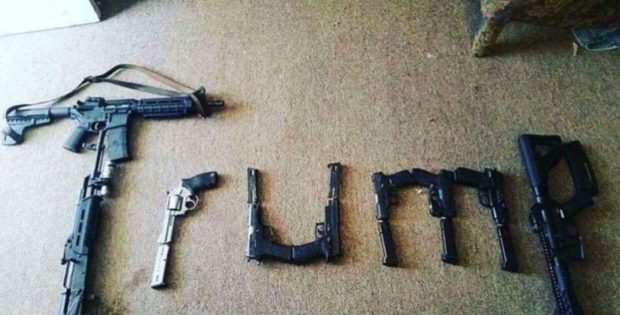 It has been a desperately bad couple of days in the United States of America with the 249th and 250th mass shooting of the year occurring.

Eighteen people were killed and at least 24 people injured after the shooting at the border town of El Paso, Texas.

Then this morning number 250 happened.  Details of the motivation of the shooter have not been released yet but six of the nine people killed were black.  One was the shooter’s sister. The shooter was wearing body armor and used a .223 caliber high-capacity gun. He also additional magazines with him.

These are not recent blips.  From Lois Beckett at the Guardian:

In the past eight years, more than 175 people around the world have been killed in at least 16 high-profile attacks motivated, or apparently motivated, by white nationalist conspiracy theories, including the far right racist belief that nonwhite immigrants and refugees are “invaders” who pose an existential threat to the white race.

The targets of deadly attacks have included Muslim worshippers at mosques in Canada, Britain and New Zealand; black Americans in church, including during Bible study at a historic black church in South Carolina; Jewish Americans in synagogues across the United States; and left-wing politicians and activists in the US, UK, Greece, and Norway.

An attack on Saturday at a Walmart superstore in El Paso, Texas, a majority-Hispanic city, which left 20 people dead and more than two dozen wounded, and a shooting the previous weekend at a garlic festival in Gilroy, California, packed with families with young children, which left three people dead and 15 wounded.

Many of the white male perpetrators or suspects in these attacks have explicitly described immigrants and refugees as “invaders” or an “invasion” online, and have cited previous white nationalist killers as the inspiration for their attacks.

So what have senior Republican American politicians been doing lately to protect American citizens from being shot by mass shooters?  They have been targeting an organisation that has been responsible for, just checking my notes, no mass shootings.

It seems that the cause for this heightened sensitivity to Antifa was an attack on a right wing provocateur Andy Ngo.  But he has a history, similar to Lauren Southern and Stefan Molyneux, of going into a community, stirring up hatred, then complaining about his treatment.  Vox has this description of Ngo’s behaviour:

The publication where Ngo is an editor, Quillette, is widely seen as a major hub of the “intellectual dark web” — a loose collection of anti-political correctness, anti-identity politics, anti-left media figures and reporters. Ngo is the closest thing the intellectual dark web has to a gonzo journalist, someone who goes into allegedly hostile places and documents them for his more than 200,000 Twitter followers to illustrate that the IDW is right about the threat from multiculturalism and the left.

Last year, for example, Ngo went to the UK to chronicle the supposed threat the rising Muslim population posed to British society. The resulting article, “A Visit to Islamic England,” claimed England was being quietly conquered by fundamentalist Islam.

The piece was shredded by actual Brits. Most amusingly, Ngo presented a London sign reading “alcohol restricted zone” as evidence of Islamic dominance in the Whitechapel neighborhood; it was actually a public safety ordinance designed to discourage public acts of drunkenness from patrons of nearby pubs, bars, and strip clubs.

Ngo’s coverage of left-wing protesters is similarly ideological. He views left-wing activists, like Muslim immigrants to the West, as a threat to free and open societies. His reporting plays upacts of vandalism, violence, and hostility to free speech without a comparable focus on the much more frequent and deadly actions of right-wing extremists.

Antifa is a perfect foil for Ngo. The group of typically black-clad activists are radicals who believe the best way to deal with the rise of white supremacy and hate groups in the Trump era is by confronting them on the street. Sometimes, this means organizing demonstrations against them; other times, it means brawling in the streets.

“They view self-defense as necessary in terms of defending communities against white supremacists,” Mark Bray, a Dartmouth historian who studies antifa, told my colleague Sean Illing in a 2017 interview. “They have no allegiance to liberal democracy, which they believe has failed the marginalized communities they’re defending. They’re anarchists and communists who are way outside the traditional conservative-liberal spectrum.”

But clearly the Republican Party senior leadership had its finger in the pulse of America when it was working out what was wrong with American society:

Yet apart from the subversive use of milkshakes and some rough treatment of Ngo this as far as I can ascertain ntends to be the extent of Antifa violence:

America you have a problem.  And it is not Antifa.

52 comments on “Dear America Antifa is not the problem ”