micky savage at Waitakere News has a well-written post on the political events over the last few weeks and their impact on Phil Goff’s chances of forming a government. We will know if there has been a shift in the political landscape as the Rugby World Cup trails off (as it is already according to our readership figures) and the polls catch up to the present. 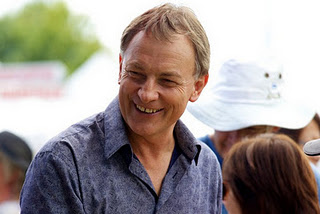 Two weeks ago I thought that Goff and Labour did not have a chance in this election.  National’s lead in the polls seemed too big, the country still seemed to be in love with John Key and Goff just was not getting the media cut through necessary to change hearts and minds.

I thought that Labour would limp through to the election, through a herculean effort get its core vote out, score in the low 30s and with the Greens being at about 8 % be well short of National.  Goff would then be deposed, would probably retire and be but a footnote in New Zealand’s history.  The main point of interest was if National (shudder) managed to get sufficient votes to rule in its own right, or if it would need the support of the minor parties to form a Government.

Then something happened.  The wheels started to fall off National’s well honed machine.

There was a double credit rating downgrade.  This was doubly damaging for National given Key’s measuring of the success of the 2009 budget by the fact that an alleged possible downgrade was apparently avoided.  The double whammy suggests that the credit rating agencies do not think highly of Key’s performance.

Then Key was caught out telling a lie saying that S&P said a downgrade would be more likely under Labour.  His defence was weak in the extreme and consisted of providing an anonymous email that did not back up what he alleged.  The media did not believe him.

National was forced to retreat on the proposed emergency Video Surveillance legislation when its proposal that the legislation have retrospective effect was widely panned by just about everyone.  Interestingly in Parliament Hone Harawira talked about a senior politician being caught out having an affair with a woman involved in the consumption of pseudoephedrine and one waits with interest to see who it is.  If and when the news comes out a major scandal will no doubt ensue.

Key in Parliament bizarrely blamed the Labour Party after a person with obvious mental health problems tried to throw himself onto the floor of Parliament from the public gallery.  Key then engaged in “Kapa o Pango” and on Parliament’s cameras clearly made a throat cutting gesture to the Labour side.

Goff responded superbly. His speech given immediately after the incident was one of the best I have seen.  He showed passion, grit and determination and the ability to react and think on his feet even after being confronted by a potential tragedy.

And then the Rena shipwreck happened.  The Government was shown to be hamfisted and slow in its response.  Four days of good weather was wasted so that an environmental tragedy is inevitable.  There is this feeling of unease that New Zealand’s “back office” is not up to scratch because of this Government’s efforts.

Over the past two years Goff has been hammered by the forces of the right, by the media and a meme has been constructed that he is not leadership material.  This attack has worked well, the population at large are indifferent to him and even amongst the ranks of the left he is treated with caution.  But it may be that his time has come.

And so Labour and Goff are suddenly back in the game and Key’s teflon coating looks chipped. If National does not get a majority then it will have to look to Act for support.

Act look very vulnerable. Brash and Banks have had a very public disagreement about decriminalising cannabis and none of the existing MPs are standing again. The leaks that have occurred ever since Heather Roy was deposed as deputy appear to be continuing.   And you can’t help but think that they are one major scandal away from oblivion …

So a resurgent Labour and a solid Green result could result in something that two weeks ago seemed almost impossible, a Phil Goff Prime Ministership. He may be one great campaign performance away from this.