A tale of three immigrants 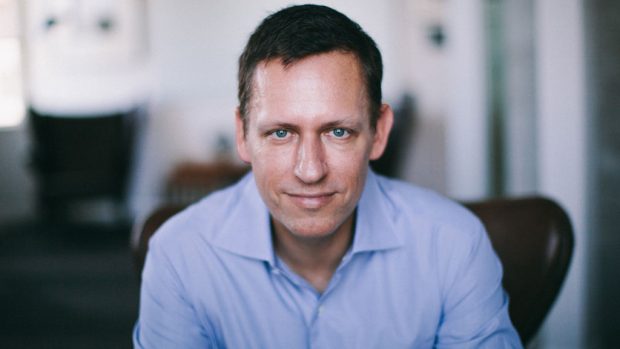 The plight of three immigrants to our fair nation shows a stark contrast in treatment.

The first immigrant is a young Tongan, Moriah, who suffers from a complex array of health problems. From Radio New Zealand:

Moriah, 18 months old, was born with abnormal brain function and has a range of complex medical issues.

She was in the emergency room for a whole month before she was allowed home, and suffers from disorders such as high aspiration risk, severe reduced muscle strength and a hole in her heart.

She requires round-the-clock care, has to be fed through her nose and needs three doses of medicine each day.

The family have always been in New Zealand legally, whether on work or visitor visas, but now Moriah’s one-month visitor visa has expired.

The Immigration and Protection Tribunal has given the girl until March 2018 to stay in the country.

Sending the family back to Tonga is a likely death sentence for Moriah.

They have letters of support – from the Ministry of Health in Tonga, doctors from Auckland’s Starship Hospital, and a social worker – asking the government to allow Moriah to stay in New Zealand permanently due to the high risk she could die if she goes back to Tonga.

In a letter to the tribunal, her pediatrician explains how serious her condition is and offering support.

“Moriah needs the care that can be provided by a tertiary children’s hospital. It is essential for Moriah’s care that she remain in New Zealand,” the letter says.

And the family has done what they can to be productive and useful members of our community.

Ms Tu’inukuafe-Lupeitu’u said she arrived in New Zealand more than 10 years ago, her husband Filipe eight years ago and their two children were both been born in New Zealand.

She said they were not in New Zealand to abuse the immigration system.

“We’re [not] actually entitiled to any kind of supplement for renting or anything from WINZ, those things we’re not eligible for because we’re not [permanent residents],” she said.

“I know we’re responsible for our children … but after we get paid, [it’s] rent first … food, and sometimes we have to live with $30 per week.”

She said she got her a bachelor’s degree in New Zealand and she and her husband had always tried to work and contribute to the country.

She worked in manager roles at supermarket chain Nosh and Filipe was now single-handedly supporting the family as a vehicle dismantler.

I am sure the right will raise a number of criticisms of the notion that Moriah should be allowed to live in New Zealand permanently.  But I am more than happy for this to occur and for my tax dollars to be used so that Moriah can continue to live.

The second immigrant is Steve Jensen.  He and his family ran a very successful and popular cafe in the Lower Hutt.  Their problem was that they were too optimistic with their business projection which were originally submitted to Immigration and they have been punished for this even though their business is in the black as well as being very popular.  Again from Radio New Zealand:

The Associate Immigration Minister has declined to overturn a decision rejecting residency for an American family who were forced to leave the country for not meeting financial visa requirements.

Steve and Nancy Jensen moved to Lower Hutt with their four teenage children in 2013, where they bought a café and a half share in the building it’s in.

The Java Point Café and Bistro made a profit and employed several staff,

But Mr Jensen said the business plan their immigration advisor submitted when applying for their long-term business visas over-stated the cafe’s possible profit margins, and projected an unrealistic 45 percent increase in sales in the first three years.

He said the Immigration Department would not accept revisions to the business plan once it had been accepted.

Chris Bishop is trying to occupy the moral high ground and has said the Jensen family should have been allowed to stay.  This is populist posturing.  When you are a member of a government that has an aggressive punitive stance on immigration you should wear the cruel decisions.  All of them.

But it appears that strict adherence to the rules and policies is not always required.  For instance if you are a billionaire American with strange ideas and a desire to buy land in the South Island as a bolt hole from the pending Trumpocalypse in the United States this Government will grant you citizenship, even if you have only spent 12 days in the past five years in the country as opposed to the normally required 1,350 days.

And to really spice things up the Government through inept negotiations will allow you to walk away with all of the profits from a successful joint venture.  All $27 million of them.  The Government was played.

So a dedicated Tongan family with a health crisis and a dedicated American family who both were making a real contribution are shown the door.  But an uber wealthy American is given the red carpet treatment and citizenship despite his not meeting the policy.  And a big cheque.

This Government’s priorities are very clear.

26 comments on “A tale of three immigrants ”