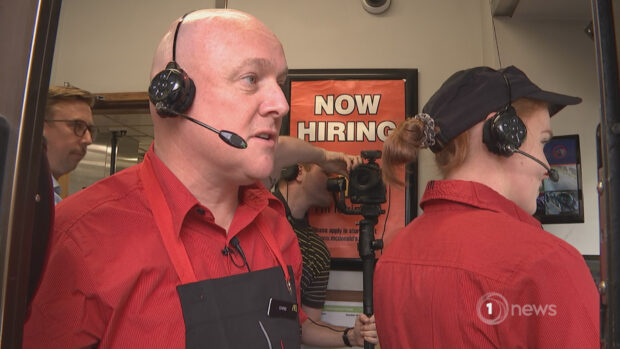 If there is one thing that National does not tolerate it is failure.  Their natural role in the order of everything is to be on top.  And when it looks like they will not immediately resume their rightful position then those responsible have hell to pay.

Yesterday was a bad day for Chris Luxon.

It is patently clear that he is not on top of the detail.  He can roll out the former Chief Executive of Air New Zealand talking points but when it comes to detail he flounders.  Yesterday morning he went from insulting teachers to insulting parents to engaging in a policy u turn, then performing a u turn on the policy u turn and then realising that the u turn that was not a u turn was on a different policy.  Everyone, even cheerleaders at the Herald were confused.

Then he had his derriere handed to him on a plate in Parliament by Grant Robertson.  This must be by now a really familiar feeling for him.

Then Nicola Willis set out her credentials for becoming the next National leader by spouting a whole lot of nonsense.

According to Nicola National stands for competitive enterprise, farmers, small business owners, limited government, strong family, strong communities, individual freedom, individual choice, the treaty as long as pakeha maintain their electoral advantage, equal citizenship, ambition and success. And it has a plan! Has anyone seen it?  So many buzz words and so little policy.

But the optics were jarring.  Willis talking about National Party values and Luxon nowhere to be seen.

The polls are not great for National and there is this really, really major feature that the media is not highlighting.   The recent Newshub poll confirmed that Luxon is going backward at a fast rate.  Which is a terrible result for an opposition leader.

The latest Roy Morgan poll suggested that Labour was steady but National dropped by a considerable amount.  And the latest Curia poll also had Luxon in decline although Talbot Mills had him steady and Ardern improving.

Ardern is still performing strongly.  Given the full court press put on her by right wing media I am amazed she has held up so well.  And I suspect her recent increased visibility will help.

But Luxon is in trouble.  Unless he brings things back dramatically in the next couple of months he will be but the latest National leader that proved to be not up to the job of beating Ardern and leading National to the promised land.

66 comments on “Are Luxon’s days numbered? ”