Auckland’s election result was not so bad 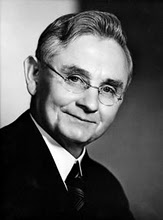 mickysavage at Waitakere News writes about a topic that none of us have had time for – numbers. The leadership changes have been clogging the posts.

National is up slightly by 2.4 percentage points but obviously at the cost of ACT who slumped 2.6 points.

Nationally Labour ‘s vote decreased by 6.5 percentage points.  But in Auckland (urban general electorates) the party performed relatively well and the vote decreased only by 2.6 points.  This was more than compensated for by the increase in the Green vote (3.6%) and the NZ First vote (2.3%).  National’s vote increased slightly (0.8%) but with the decimation of ACT the NACT vote actually went backwards.

There were some stunning results, particularly in South Auckland where Labour’s share of the vote increased by 10.2% in Mangere, 7.3% in Manukau East and 5.2% in Manurewa.  And in Phil Goff’s Mount Roskill it increased by 1%.  These were very good results in an election where the tide was going out.

The following table sets out the movement of Labour’s party vote in the various seats and nationally:

Auckland Central’s result may be a reflection of the tight candidate race that occurred there.  Voters may have given Jacinda Ardern their candidate vote at the expense of the party vote.

A comparison with other urban centers provides some interesting results.  In Wellington the Labour vote shed 7.3 percentage points, in Christchurch the figure was 10.2% and in Dunedin a jaw dropping 10.3%.  Christchurch could be explained by the earthquakes and the displacement caused but Dunedin’s result will need further analysis.

Why was the Auckland figure better?  A number of reasons spring to mind.  These include the disaster that is Super city, Labour’s proposal to partially fund the inner city loop, and an energetic effort by activists over the past three years.  Certainly the seats with the greatest activity enjoyed the best results.  South Auckland clearly returned to the fold.  At the last election its turnout was muted by the anti smacking legislation and a series of high profile murders in the area that caused law and order to be a major issue.  The “Street Captain” scheme put in place by the Service and Food Workers Union also would have helped.

No doubt more detailed analysis of the results will occur and conclusions will be drawn.  But the Auckland result is a glimmer of light for Labour and raises some possible courses of action for Labour to consider in its quest to regain the Government benches.

50 comments on “Auckland’s election result was not so bad ”