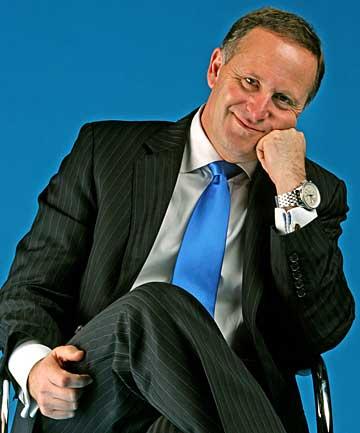 Before the captions, some serious analysis, because this new Nat promo photo really astounds me.I honestly don’t know what the Nats were thinking.

It might work if Key were a nationally-adored figure, a kindly uncle, who had delivered a golden age for the country (fat-arse watch symbolising prosperity) and was at the height of his popularity. But he hasn’t delivered a golden age. He’s six months past his peak and on the way down quickly. Increasingly, when we see him it’s defending the indefensible and arguing with the media.

Given that reality, it looks like some creepy dating site pic.

Key looks out of touch, saying ‘ ain’t everything grand?’, drawing the response, ‘maybe for you but not for us, and what the fuck was that about increasing class sizes?’. It’s hardly in keeping with the new ‘statesman’ iteration of Brand Key the Nats are trying to build.

Maybe his advisors are getting out of touch too.