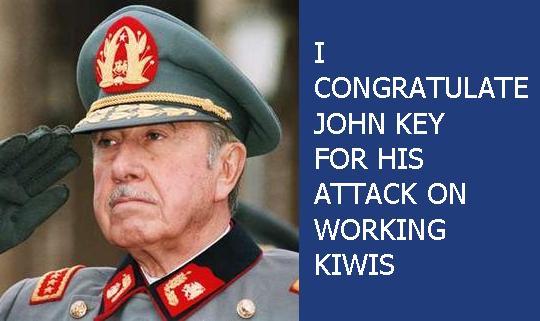 Remember back in 2008 when David Farrar and Cameron Slater launched a set of billboards comparing Helen Clark to a series of dictators over big issues like which lightbulbs you could buy and a recommendation on low-flow shower heads?

The funny thing is she’d never had anything to do with any of the dictators used but when John Key’s attacks workers are put before the house there will be at least one MP voting for them that was a friend of Pinochet’s Minister of Labour.

Feel free to add your captions in the comments.