Ken Perrott wrote this post at Open Parachute a week ago. Reproduced with permission. 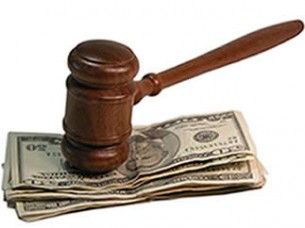 Apparently climate scientist Michael Mann has threatened legal action* against Minnesotans for Global Warming (M4GW) over their  video ‘Hide the Decline.’ This used the comment from the ‘climategate’ emails to portray a dishonest and slanderous picture of Mann. The video has been heavily promoted by climate change deniers and conservative  groups, news outlets and blogs internationally. Several conservative NZ bloggers promoted the video.

So far I have only seen the M4GW press release which is somewhat cavalier. However, they have taken the video down from YouTube. When asked why he removed the video, M4GW’s Elmer Beauregard said ‘Right now, the last thing I need is a lawsuit. I can barely afford my electric bill.’ The fact that they have replaced it with another revised one, ‘Hide the Decline 2,’ suggests they had something to fear from Mann’s ‘cease and desist’ order.

All the inquiries into the ‘climategate’ affair are confirming that, despite questions over freedom of information requests,  there was no inappropriate scientific behaviour involved. In fact, it was rather silly to believe that any had occurred given that this is one of the most scrutinised and reviewed areas of science.

So, if this legal threat develops further courts would likely find in Mann’s favour. These irresponsible climate change denial campaigners may face the financial reality of their slanderous behaviour.

Legal action by scientists is unusual. Perhaps we are naive but the usual response to criticsm is to present evidence. However, the ‘climategate’ campaign has brushed aside evidence and reason. It has been basically hysterical and nasty. Honest scientists have been abused, misrepresented and defamed with seemingly no conscience.

We have seen the same situation in New Zealand. A conservative cabal of climate change denial conspiracy theorists (eg. Ian Wishart and Richard Treadgold), conservative bloggers, the ACT Party and right wing political groups such as The Climate Science Coalition, the Climate Conversation Group , and the Centre for Political Research have coordinated their activity recently. They attacked New Zealand NIWA scientists by producing and circulating a dishonest  report. This claimed that scientists ‘created a warming effect where none existed.’ That ‘the shocking truth is that the oldest readings were cranked way down and later readings artificially lifted to give a false impression of warming.’ And ‘we have discovered that the warming in New Zealand over the past 156 years was indeed man-made, but it had nothing to do with emission of CO2 it was created by man-made adjustments of the temperature. It’s a disgrace.’ (see New Zealand’s denier-gate).

So, perhaps this is the future. Now that the ‘climategate’ hysteria is settling, now that inquiry after inquiry shows no evidence of scientific misbehaviour, perhaps the chickens can come home to roost. Perhaps those responsible for the nastiest aspects of this hysterical campaign can face the financial consequences of their behaviour.

I say bring it on! And wouldn’t it be nice if some of those in New Zealand who participated and encouraged this nasty campaign faced similar threats to their back pockets.

*Update: Here is the letter sent by Mann’s lawyers.

It looks like some climate scientists have finally given up ‘discussing’ with the looney crackpots who aren’t concerned with evidence. They have started to treat them as the lying loonies that most of them are. It is about time. We’ve been dealing with many of them here and what has been pretty clear is that most of them have virtually no understanding of either the science of the risks for human civilisations trying to co-exist with a rapidly changing climate.

Also check out this other post on a similar matter on Open Parachute.