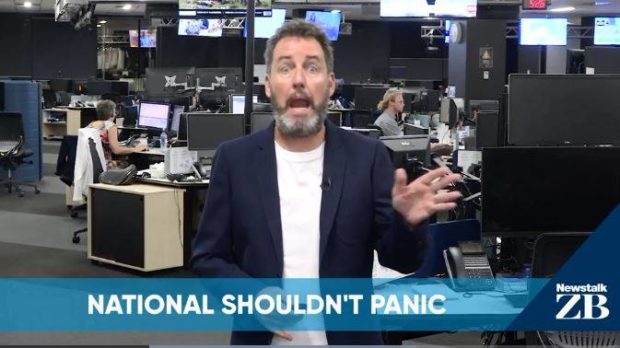 Forlorn for now though you may be, I’m going to give you National MPs all the advice you need right here.

Granted making inroads into a government that is gaining momentum by the day and has a charismatic leader with staggering popularity ain’t easy. Opposition is miserable but that’s your career choice so step up team!

Small-c conservative opposition is harder since the Government’s response to Covid19’s economic and social effects has re-written the entire role of government in society. Hitherto unimaginable structural and policy initiatives are being rolled out. But your traditional themes still ring true:

Within the standard conservative conception of freedom as removing constraint, you can hammer home that loss of freedom of movement that we feel was our birthright as Kiwis. Build on that impatience to achieving our best beyond our shores.

Framing this government as one which has gained greater and greater control over our lives, constraining our choices, and controlling us more and more – get to that theme once national vaccination has reached a strong majority threshold.

Supporting more stories about families broken up in Covid19 travel disasters is an easy start and has lots of helpful televisual weeping.

Simply demand more freedom across all areas in which government has gained more executive power. Take up cigar smoking and get some RSA groove back.

Within the upcoming Natural and Built Environments Bill (draft coming soon) we will see a massive shift from effects to outcomes: specific targets about environmental qualities to meet. Your friendly farmers, agribusiness, rural communities, local body leaders and the like will just hate this set of constraints and regulations no matter how it’s spun. Aim to take all South Island seats except Dunedin.

Further constraints against the use of property should orchestrate your friendly funders in the real estate industry and Aussie banks.

An individual performance framework applied to welfare recipients similar to that which Bill English started to apply would go down well if it were broadened out to health and justice and housing outcomes. Not too different to the legislated wellbeing framework but with sharper teeth. Proposing a whole-of-life investment approach between the state and the citizen is a gimme field for National since Labour have essentially not performed in this broad policy field. Bring back that Once Were Warriors welfare debate.

4. Getting Rich, and Tax

Reversing the Labour tax cuts on the rich would be a first-month job.

But there’s also an opportunity in the next year’s carbon debate to give a populist tinge to energy generation: for the state majority entities to build more generators and then sell them off to the benefit of New Zealand shareholders and our little sharemarket, and admit that a great percentage pf Kiwis did pretty well out of the 49% floats. Like an accelerated version of the 1990s. Setting up an energy-specific form of Kiwisaver to invest in would be an idea; build it, sell it off, and they will come.

Big cash bounties on innovative companies, going straight against the idea of not picking winners, would turn entrepeneurship into a national game show. National can and should own the entrepeneurship field, especially with Bayly’s experience.

Simply clips to Facebook of the whole caucus taking Vodka shots and tanking the vino would do wonders.

Make getting rich and having fun the preserve of National once again.

It’s a standard cry to “make gangs illegal”, but the pathway through the Bill of Rights Act hasn’t been tested since 2012. So they should make that case. The simplest place to start is with a large expansion of the remit of the Prohibition of Gang Insignia in Government Premises Act: if they can do it for smoking, they can do it for gangs. Police under Labour have done the Proceeds of Crime Act proud, but there’s so much more scope to lock and load for the cameras. Plenty of good solid fear and loathing to be had here.

Once you’ve done all that, then and only then get to:

The cruel quandary for National is that it doesn’t have a strong charismatic leader to best Ardern’s public radiance. They’ve seen the volatility and spectacular rise and fall of Donald Trump in the United States with an appeal based on the perception that he had unique gifts no politician ever had, a media image that made him synonymous with business success, and tireless verbal output that created an alternative reality for his followers.

As usual there’s no Labour replacement for Ardern and when she goes Labour will fall off a cliff … as usual.

Don’t rush it; it’s as inevitable as your victory.