District Health Boards seem to be playing fast and loose with the truth, and junior doctors have had enough – even though some have been threatened with professional consequences for taking industrial action.

We are striking to improve our rosters which will reduce our hours per week, which will cause a pay cut per doctor.

In order to maintain rosters, the DHBs will have to employ more doctors. So overall, their staffing budget will go up, despite the marginal cost of each doctor going down.

As far as I can tell, that’s why they’re opposing this.

Note how we’re not even striking about the unpaid overtime we all do. Given that we commonly work 5+ hours unpaid extra per week, one could argue that the DHBs are underpaying us by about 10k per year, but y’know, if there’s stuff to be done, and everyone’s busy, it’s a bit hard just to drop your stethoscope and walk out in the middle of making sure a patient is fine.

It’s also hard to look at greener pastures, when you’ve trained for 9 years to do one job in one industry, and the DHBs act as a sole employer, so collective action is literally our only recourse when we’re being told to work ridiculous hours.

Junior doctors are striking because the offer made from the DHBs did not include a clear or guaranteed time frame for any changes to be made to make rosters safer. It also insisted on removing the provision saying we couldn’t work back to back weekends.

In the end the NZ health system runs on a foundation of goodwill. It is not robust enough in it’s structuring to provide the service it does without the unpaid efforts of nurses, junior doctors, senior doctors and many others beyond the hours they are rostered on to or paid for.

From the perspective of a group of people already working extra out of goodwill, for the CEOs to push for pay cuts and for them to fail to seriously consider or plan for patient safety gives us the impression they lack respect for the people they work with and the patients they are supposedly working for. 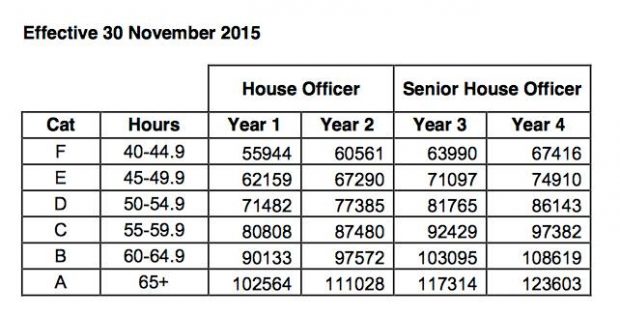 That “average 100k for first year doctors” salary the DHBs keep talking about? Applies when someone’s working more than 65 hours a week.

This strike is about safety. Do you want to be treated by a doctor in the fourteenth hour of their shift after twelve days with no break?

[Edited second-to-last paragraph because DHB spin is even worse than initially stated.]