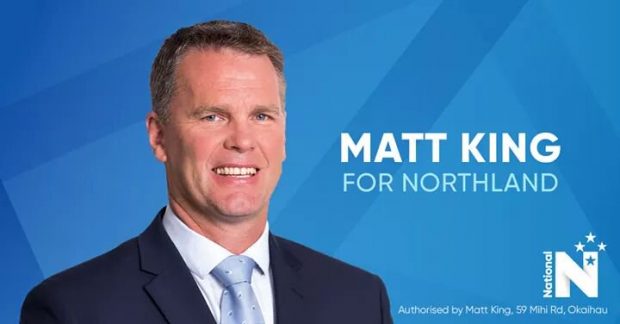 Politically it was a quieter week this week.  Parliament not sitting does this.  And the Labour-Green-NZ First Government announced a new fully funded Auckland Transport Alignment Project and hogged the limelight.  National tried to claim that it would have done all this and more anyway.  I hope they have spare sets of pants as the ones they are wearing must have combusted by now.

But there was an outstanding example of stupidity from a politician that really attracted my attention.  It involved the gross plaigarism of some ACT social media.  To plaigarise David Seymour’s stuff you have to be rather desperate.  To do a copy and paste and not change (almost) anything you have to be crazy.

So Matt King, National MP for Northland and the owner of a twitter account that has 131 followers and the tweeter of a total of 41 tweets, you are this week’s doofus of the week.