Dumb as a plank 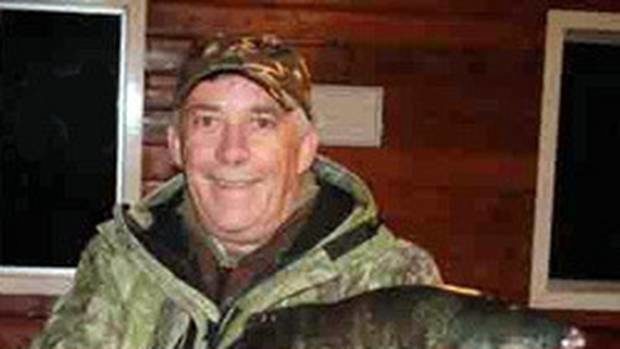 I get the faint sound of banjos duelling in the background.

Because the more insane element of the gun lobby is getting ready to fight for its hard won constitutional right * to bear military style semi automatic weapons in Aotearoa New Zealand.  And I hope the authorities are monitoring the readership of Fishing and Outdoors because someone associated with the paper is hinting at the retention of dangerous weapons in breach of the law.

From Belinda Feek at the Herald:

The editor of a fishing and outdoors newspaper is standing by a story about gun reforms which labels the Prime Minister “dumb-as-a-plank” and calls the Police Minister her “lapdog”.

Fishing and Outdoors‘ April edition takes a not-so-subtle jab at Jacinda Ardern and her call to ban semi-automatic assault rifles following the terrorist attacks in Christchurch.

Ardern has also been vocal in her support of a gun register which she last week told media, “absolutely makes sense”.

But the decision to ban military-style semi-automatics and assault rifles, legislation of which is currently being rushed through Parliament, has angered some gun owners.

Fishing and Outdoors editor Graham Carter stood by an article in his paper today which called out Ardern and Police Minister Stuart Nash.

“Our Dumb-as-a-Plank New Zealand Prime Minister and lapdog New Zealand Police Minister have announced a ban on assault rifles that are and have been banned for the last ‘thirty-five years’.

“Comments made by our PM are disingenuous and misleading the general public.”

The article, written by John McNab, goes on to say that it was already illegal to fire any rifle which was “full-auto” even if it was a defence force firearm.

“This is what happens when dumb people are put in charge of stuff they don’t understand, and who are too dumb to either admit it, or to listen to facts from people who do understand the stuff in question.

“Then we have all the flower powder puffs coming out of the woodwork who know little if anything about the issues here.”

The article goes on to state that “many” gun enthusiasts wouldn’t hand over their weapons to police anyway, no matter how much they’re paid.

It used to be that anyone who had a gun licence could apply for an endorsement on their arms licence that allowed them to have possession of a military style semi automatic weapon.

The definition of a MSSA is quite complex but includes guns with cartridges that can hold more than 15 0.22-inch rimfire cartridges or 7 other types of bullets.

The Government urgently passed changes by regulation to change this definition so that any gun with a magazine capability of five or more bullets is now considered to be a military style semi automatic weapon.

Was the urgency justified?  You bet.  There are 50 reasons why it had to happen.

And it is not as if this is a new proposal.  The original suggestion to ban military style semi automatic weapons was made 21 years ago by  a High Court Judge.  From Radio New Zealand:

Professor Kevin Clements, of the University of Otago, praised the quick actions of the government and said it was about time the laws changed.

“This is exactly in line with the suggestions and recommendations of Judge Tom Thorp from 21 years ago, and it should have happened a long time ago rather than having to wait for a tragedy to occur.

“This is a wonderful step forward.”

Others are also not happy.

Nicole McKee of the Council of Licenced Firearms Owners was interviewed on Morning Report this morning and also made some extraordinary claims.

She said that the change was unfair and unjust and would make 250,000 ordinary kiwis into criminals.  This is every person who has a firearms licence.

She said that possession of a sight, a stock, or a butt will be illegal.

I think she means that the bill includes as a prohibited part the following:

(b)  a component that can be applied to enable, or take significant steps towards enabling, a firearm to be fired with, or near to, a semi-automatic or automatic action.

She seems to think that it is too widely drafted and would capture any sort of gun part.  For instance possession of a single bullet could be caught as that bullet with sufficient others could be put into a high capacity magazine and then added to a MSSA.

I am not so sure.  The focus of the section is enabling an ordinary firearm to be converted into a MSSA.  But if she wants to have a reasonable debate about it she should get legal advice and present it to the select committee.

Another argument is that as all sorts of things can be used for deadly purposes so why shouldn’t they be outlawed.  For instance a truck was used by a ISIL terrorist to kill and injure hundreds of French people in 2016.  The major difference is that a truck has all sorts of beneficial positive uses.  MSSAs do not.

The next week is going to get really interesting.  I hope and trust that all the parties hold their nerve and get this law change through.  And it is just a start.  There are two major reviews of the Arms Act that need to be revisited and their proposals implemented to make Aotearoa New Zealand safer than what it was on March 15.

* there is no constitutional right to bear arms in New Zealand.