Foss puts foot in it 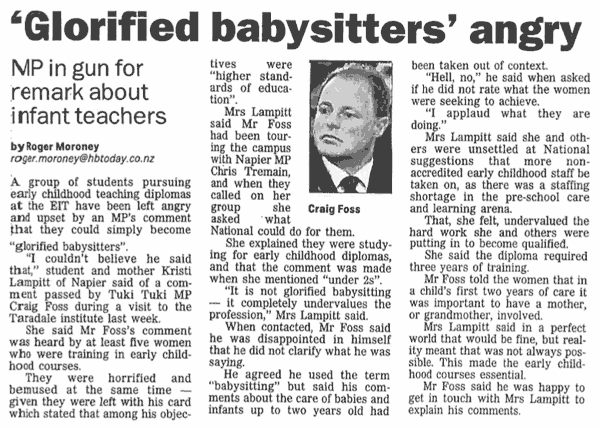 Craig Foss annoyed some students in Napier when he described early childhood teachers as “glorified babysitters”, according to a recent story in the Hawke’s Bay Today (sent in by a bemused reader). He admitted that he used the term “babysitting” yet also tried to argue he was taken out of context. Perhaps he realised his assumptions were not going down too well. Certainly National’s plans to boost the numbers of non-accredited early childhood staff lead me to think they do regard “child-minding” as more of a priority than education of toddlers.