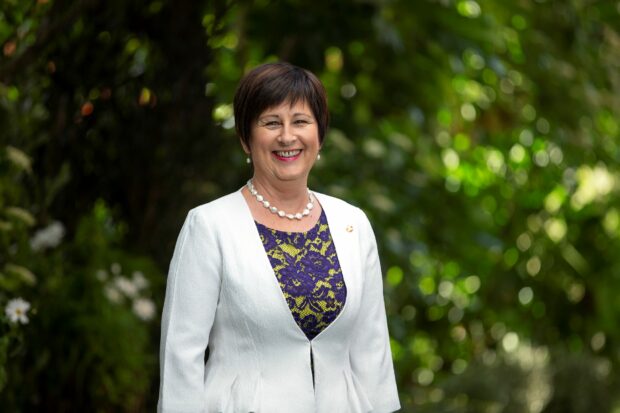 You would think that a Member of Parliament would know what the Wellington Protest was all about.

But it appears not.  Maureen Pugh is not aware that the Wellington protest has a decidedly anti vaccination stance and posted something on facebook supporting the protestors until it was taken down quickly.

National MP Maureen Pugh has deleted a Facebook post where she thanked the Convoy protest movement currently camping outside Parliament.

Pugh originally edited the post to remove the mention of the protest before deleting it entirely.

She told Stuff that when she made the reference she did not realise many of the protesters were against Covid-19 vaccination.

The Convoy 2022 protests are ostensibly focused on the vaccine mandates, but many signs and social media posts suggest many in the crowd are explicitly against the vaccine itself.

She was not enthusiastic about vaccinations last year.  From the ODT in September last year:

National Party list MP Maureen Pugh says she is going to be talking to a doctor and she looks to schedule her first Covid vaccination.

The West Coast-based MP is one of only three out of 120 MPs still not vaccinated.

Mrs Pugh said today she was not anti-vax, and her children and her had been fully vaccinated against other things.

Having missed out on seeing her grandchildren in Queensland for the past two years, she said the vaccine was a way of getting to see them.

She had intended getting vaccinated in Wellington, but that was disrupted by lockdown.

I had thought that Harete Hipango would be the next National MP to put their foot into it.  Pugh was second on the list however.