Labour’s Ōhāriu candidate Greg O’Connor responds to some of the topics of comments in the post “Greg O’Connor selected for Ōhāriu” and elsewhere on the blogs. This post is fully moderated, so please read the note at the bottom of the post before commenting. 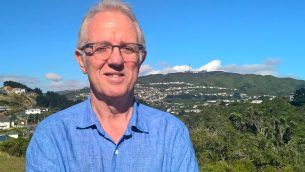 Some of the comments on the blogs about me and my candidacy for Labour in Ōhāriu have made for interesting reading. The theme running through much of the discussion seems to be that I’m a right-wing fascist who makes Kim Jong-un look like some sort of pinko liberal pacifist. I’m not upset by the comments; I’m well used to having flaws in my character pointed out, and that’s usually before I leave home in the morning. (I can’t remember who appointed my family and friends as prime ego dampeners, but they go about their task with an enthusiasm which matches that of Donald Trump’s press apologists.)

Having been highly visible in the media for a few years discussing a pretty narrow topic, namely frontline policing, it’s understandable people have judged me on that segment of my life and views. I’m taking up this invitation to show you there is another side to me – which will come as no surprise to those who know me well, and regard me as a bit of a lefty.

Labour was the natural choice for me as a political party. As a long-term cop, and father of a special needs son, I have spent my life around people who, by accident of birth or circumstances, struggle to get by. I say let people with the wherewithal, motivation and ability reap the reward of their hard work and risk. The world needs them. But don’t condemn those who chose other pursuits, or who don’t have the ability, education or opportunity to follow that path, to a life of deprivation. And that deprivation means not being able to afford housing, health, or decent education, the provision of which are near and dear to Labour’s and my own philosophy. And also security, because it is the poor who need the protection of the state most, as they are overwhelmingly the victims of crime.

I have previously advocated for police to be armed, the result of a remit being passed to that effect in 2010 at the Police Association conference. That happened because police and government took no action, no review or enquiry even, following the shooting of 9 officers in 2008/09. The resulting build-up of frustration was inevitable, hence the motion. It likely could have been avoided if the Police had done then what they did subsequently, which was to make firearms available in the Norwegian style: locked in the car instead of back at the station. The Norwegians are the only unarmed police in that part of the world and are having the same debates as NZ on the issue. All the other Scandinavians, like their European colleagues, are permanently armed. (I went to Norway to research it; helluva job but someone had to do it!)

My position is that arming is inevitable unless we, New Zealand, get on top of the illegal gun situation. The decision will be a consequence of a serious and preventable public loss of life in a shooting situation. My personal priority is to use any influence I have to make sure that we stop the flow of firearms to those who should never have them, while at the same time protecting the rights of legitimate users . That would negate the need for arming. I know this is a very long winded explanation, but it’s one those who are judging me deserve to have.

For me, pharmaceutical medical marijuana is a no-brainer. I go with the theory that if doctors can prescribe morphine-based products, they can be trusted with cannabis-based ones. On weed itself, I’m a believer in knowing what you want before you start messing with any policy and law. What I believe we want is teenagers using as little cannabis and alcohol as possible while their brains develop, and the gangs and criminals out of the supply chain. Start the conversation there. I recommend a book ‘Chasing the Scream’ by Johan Hari, on the history of the war on drugs.

These aren’t new positions for me by any means. Bryce Edwards who has taken the time to download my editorials from the in-house publication of the Association, was surprised at the social themed nature of them. Even Stuff quoted from an article I wrote in 2015 outlining that the Association was not pursuing arming but was focusing instead on stopping the flow of firearms to criminals.

I’ve already received a good grilling at selection on these and similar topics from the Ōhāriu faithful who chose me as their candidate. I believe I was able to reassure them I am a little more balanced than some observers believe. For those who have stayed the journey thus far, I hope I have given you, too, some assurance I’m not a Kiwi Putin intent on world (or even Ōhāriu) domination.

I believe in a fair go for all. I reckon a Labour-led government is overdue to make sure that in our so-called “rock star economy”, everyone is welcome at and can afford a ticket to the concert. I’m excited to help make that happen.

lprent: As is usual for candidates and MPs, this post will be fully moderated. Comments have to be manually released by a moderator. So keep to the topics raised (or missed), the selection and the Ōhāriu election. Please concentrate on avoiding making speeches or other unsubstantiated bullshit.

Unless of course, you really want your comment to be shunted to Open Mike and other moderator options to be exercised at the moderator’s pleasure and amusement. Greg may or may not respond to comments so do not attempt to demand responses unless you wish me to give a response.