How Covid may work out from here 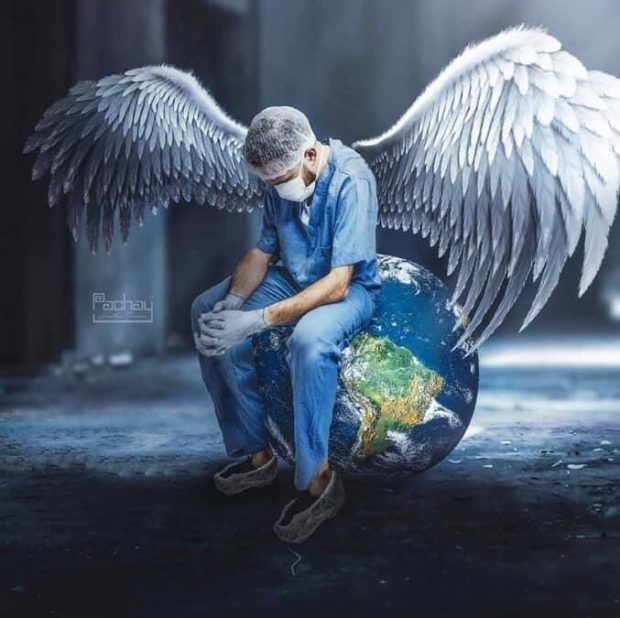 The past 15 months have been dread filled yet fascinating.

First there was news of a mysterious virus that was spreading in China and causing all sorts of chaos.

Then it started to spread to other parts of the world.  Italy was hammered.  America started to buckle.  England was on its knees.

In nation after nation the disease ravaged through.

Here in Aotearoa New Zealand we were fortunate.  We had sufficient lead in time to see what was happening overseas, and we had a Government that was brave enough to impose a heavy duty lockdown with a goal to eradication, not minimisation of the spread.

Then the vaccines arrived.  Surely a return to normal life was just a matter of time?

I am afraid not.

With so much of the virus rampant throughout the world the chances of mutations occurring are extremely high.  And more dangerous variations of the virus are appearing.

For instance the strain that has been battering India is a more transmissible mutation of the original virus.  From Aljazzera:

The World Health Organization (WHO) has classified the COVID-19 mutation that has appeared in India as a “variant of concern”.

WHO’s senior scientist Maria Van Kerkhove said on Monday that there was “some available information to suggest increased transmissibility of B.1.617”, the variant detected in India.

She also pointed to early studies “suggesting that there is some reduced neutralisation”, a reference to the possibility that vaccines might be less effective against it.

“As such, we are classifying this as a variant of concern at the global level,” she said.

More details would be provided in the WHO’s weekly epidemiological update on Tuesday, she added.

Experts highlight that the more the virus spreads, the bigger the risk it will find ideal conditions to mutate in concerning ways, stressing that everything must be done to rein in transmission.

“We will continue to see variants of concern around the world, and we must do everything that we can to really limit the spread,” Van Kerkhove said.

Hundreds of thousands of people have become infected with the coronavirus daily in India, and just over 22.6 million infections have been tallied in the country since the pandemic began.

According to the WHO, the number of new infections is decreasing in most regions of the world, including Europe and the Americas.

However, there is still a sharp increase in South Asia and Southeast Asia, the agency said.

Separately on Monday, the head of the WHO criticised so-called “vaccine diplomacy” and urged countries to cooperate to end the pandemic.

“Vaccine diplomacy is not cooperation,” WHO Director-General Tedros Adhanom Ghebreyesus told reporters. “We cannot defeat this pandemic through competition,” he said.

And this is why the Government’s announcement that it will be providing sufficient vaccines for the Pacific is morally and rationally the right thing to do.  From Hannah Martin at Stuff:

Covid-19 vaccines from New Zealand will be rolled out in the Cook Islands from next week and as early as June for Niue, the Government has confirmed.

“This continues our ongoing commitment to support our Pacific neighbours through the increased challenges the Covid-19 pandemic is placing upon our region,” Mahuta said.

“New Zealand is working with the Realm countries to ensure that everything is in place for the countries to receive and administer safe and effective vaccines at the earliest possible time,” Sio added.

The other aspect of the virus is that vaccine hesitancy may mean that the virus continues to be a threat and that herd immunity is not reached.  Red states in America are particular threats. From Bess Levin at Vanity Fair:

As Joe Biden prepared to take office, he announced an ambitious target to vaccinate 100 million Americans within his first 100 days. When it became clear he was going to achieve that goal well ahead of schedule, he upped it to 200 million, a figure his administration is on track to hit this week. As part of that effort, on Wednesday, the president will call on businesses to give workers paid time off to get their COVID-19 shots. On Monday, everyone in the country over 16 became eligible for the vaccination, and as of Wednesday, 40% of the U.S. population had received at least one dose of a vaccine and more than 50% of adults had gotten at least one shot, according to a Centers for Disease Control and Prevention tally. Which is obviously fantastic news! A lot less fantastic: the fact that a significant number of Republicans are refusing to get the vaccines available to them, threatening to prevent the U.S. from reaching herd immunity and a return to prepandemic life.

Axios reports that the United States is expected to run out of adults who want to get vaccinated within the next two to four weeks, citing a recent Kaiser Family Foundation analysis. According to the authors of the paper, “It appears we are quite close to the tipping point where demand for rather than supply of vaccines is our primary challenge.… Federal, state, and local officials, and the private sector, will face the challenge of having to figure out how to increase willingness to get vaccinated among those still on the fence, and ideally among the one-fifth of adults who have consistently said they would not get vaccinated or would do so only if required.“ The authors added: “Once this happens, efforts to encourage vaccination will become much harder, presenting a challenge to reaching the levels of herd immunity that are expected to be needed.”

And the anti vaccination propaganda movement appears to be a cross between a business model and an anarchy sect.  From Siouxie Wiles at the Spinoff:

Here in New Zealand, groups like Voices for Freedom are taking that disinformation created overseas and repackaging it to make it appeal to people in New Zealand and to promote their agenda, which on the surface seems to be to erode our trust in each other, our government, and our successful response to the pandemic.

The reality may be that we will never get back to a pre covid state.  Until herd immunity is achieved throughout large swathes of the world as well as in Aotearoa New Zealand our borders need to continue to be closely monitored.  And the anti vaccination movement as well as the failure to ensure equitable vaccine distribution may mean that our current messy dread filled reality will continue.

68 comments on “How Covid may work out from here ”