I agree with Josie Pagani, mostly 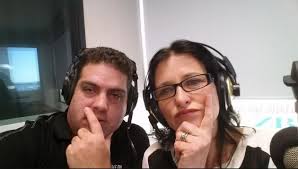 I never thought that I would type these words but in this post John Key world things are getting pretty strange.  [Snip] Josie Pagani has posted something a lot of which I agree with.

In the past I have been rather critical of Josie, another description would be scathing as I struggled with her triangulation approach to politics and her thought that Labour just had to be more mediocre to be electable.

She has posted this article about her friend Nick Leggett where she disagrees with his decision to switch to National.

The article does not start well.  She talks about how Nick Leggett’s defection is a bad thing for those who think it is a bad thing for Labour to be part of a left block with the Greens.  This sort of comment drives me wild.  Between 10 and 15% of the population are people who are really dedicated to saving the planet and the environment and have determined that supporting the Green Party is a logical extension of these beliefs.  I know many of the local members.  They are fine people.  I would be proud to have a government of which the Greens are an integral part.  The quality of decisions made would improve if they had a voice at the highest echelon.

Pagani then says this:

Nick Leggett’s decision to go to National is an embarrassment for those in the Labour party who agreed that Labour needs to stick to being a Labour party and not dilute its historic mission by becoming a left block with the Green party.

Historic missions are important but so is environmental protection.  Most members of the Labour Party would agree with emphasis being given to both goals.

She then says this:

There is no escaping the fact that Nick now has a ticket to the back benches of parliament, most likely in a fourth term National government led by someone who isn’t even the popular John Key. No-one knows what the post-Key National party will look like. How does someone who claims to still have Labour values fit into the National party of Judith Collins?

Her prediction that there will be a fourth National Government is something I disagree with.  All bets are off given the events of this week.

And in her justification she realises and recognises some of the core values of Labour that is what drives many of us to do our best to get Labour elected.

Her article concludes with these paragraphs:

The historic mission of Labour is to be on the side of wage earners so that they get their fair share of national wealth, and the child of a cleaner gets the same chance to succeed as the child of a company director. It’s not that National always disagrees with that, but it’s not its reason for being. It was formed to stop the Labour party doing too much of that.

Today, National struggles to reconcile their liberal, internationalist and pro-freedom instincts with its conservative roots where ideas of God, King and Country hold sway.

Nick is a liberal and an internationalist. That strand is in control in the National party today, but it may not be by Monday. The authoritarian nationalists could re-assert themselves. How’s Nick going to feel in that National party?

You don’t have to be loyal to the Labour party for the sake of it. It doesn’t have a god-given right to exist. But if you don’t want to be called a careerist you should be loyal to your principles, which you can’t do by joining a party that is opposed to them.

Apart from leaving out Labour’s other historic mission, to provide for those most in need, the statement is a reasonable synopsis.  Well said Josie.

Update:  Following a spirited twitter discussion with Phil Quin I have deleted a reference to him which I am willing to accept did not describe his thoughts on the matter.

36 comments on “I agree with Josie Pagani, mostly ”