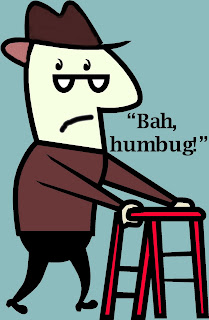 A mate of mine wrote this week:

The Greens are dangerous. They are more than a polite group of tree-huggers, slug-savers and water samplers but you rarely, if ever, hear of the more sinister planks of their policy, which are frightening to say the least to those of us who care about what really matters.

I almost had a turn when I read that. By God, the hippies have a secret agenda! I always wondered what their ultimate goal was, but I never suspected their plan was to exterminate the young and elderly, and force everyone into same-sex marriages against their will.

If I am to be forced into wedlock with another man at my advanced age (oh the horror!), then my only hope is that he is at least someone young and with some vigour about him. A smart young man in a police or military uniform would at least make the ordeal less harrowing.

Jesus wouldn’t approve of this, I’m sure. If he were here today Jesus would damn all the Greens to Hell for their deviant and murderous ways, because damning others is what Jesus does best. Don’t be fooled into thinking that Jesus was always nice and would never hit back hard and ruthlessly against wrongdoers. That’s just what the liberals want you to think. So when Jesus said all that stuff in the Bible about loving one another he wasn’t being serious. People shouldn’t take literally everything that the Good Book says. For example, the Book of Exodus says that anyone who works on the Sabbath shall be put to death, but nobody seriously thinks it’s a good idea to kill people who work on a Sunday. A thorough beating with clubs and sticks will usually be perfectly adequate.

My mate reckons that it’s a good thing we have Winston Peters back in Parliament. My mate says that if Peters and his offsiders do nothing else in the next three years than stand against any move by the Greens and/or Labour to advance their murderously liberal humanism, they will have the gratitude and the support of hundreds of thousands of New Zealanders who see the sanctity of life as the bedrock on which civilised society is built. I paraphrase, of course.

I couldn’t agree with him more. There’s nothing more insidious than a set of political beliefs that preaches respect for the environment and others, and tolerance of diversity and the views of minorities.

And is there anything more damaging to a society than allowing two people in a committed relationship and who love each other but just happen to be of the same gender to share the bonds of marriage?

Let’s be having no more of this humanistic humbug!

Another mate of mine says the evil plans of the Greens are social engineering of the worst kind, and by God he’s right! Can there be anything more sinister than a terrifying social engineering campaign, except when it involves an elderly white man telling people they must comply with his narrow worldview formed by decades of comfort, privilege and bigotry?