International Women’s Day, 47 years on, how far have we come? 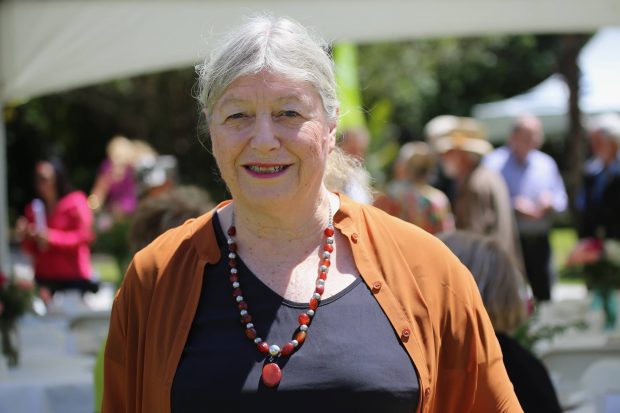 Text of a speech given today by feminist icon Sandra Coney

Greetings on this International Women’s Day, a day when we should celebrate the progress of women, but also think about the tasks that are still unfinished and need to be addressed.

I have very vivid memories of the early women’s liberation movement and am often brought up short when I realise how long ago it was. Broadsheet was started 45 years ago and even the Cartwright Inquiry was 30 years ago.

In 1970, I gave birth to my second son. A group of us was in the 5th year of getting a crèche – the 1st in New Zealand – up and running on the campus. We were famously told by a member of the University Council that we had to choose between motherhood and higher education – we couldn’t have both.

I got involved in women’s liberation not long after, on the invitation of the late Sharyn Cederman, a colleague of Sue Kedgeley’s, though I said to her I didn’t need it for myself as I had a kind husband, but could see that other women needed help.

When my marriage broke up, it is worth comparing what wasn’t there with now, as I find younger women completely oblivious of the gains that were made. There was no DPB, nor benefit of any sort, and many women with babies were forced to take unpaid housekeeping jobs that involved sleeping with the boss.

In 1970 there was no equal sharing of the marital chattels on marriage breakup. There was no Matrimonial Property Act, you received what your husband agreed to give you. If you went to court, your role in running a household and bringing up children counted pretty well for nothing.

If you came out of that with enough to put a deposit on a house, the bank would expect you to have a male guarantor.

My first job was as a counsellor at New Zealand first abortion clinic, in Remuera Auckland. This made it possible for women who could get there to terminate an unwanted pregnancy.

The road to reasonably available safe free abortion was a long one. Just that one battle involved multiple fronts and huge effort: there were police raids of the clinic, a High Court case against the clinic doctor, Jim Woolnough, a royal commission, serious arson, a planned bomb attack on the hospital, and several acts of parliament by MPs opposed to abortion.

It’s interesting, thinking back, how every battle that was fought or won, involved multiple antagonistic stakeholders. It was not the same group that opposed abortion, as fought equal pay, or opposed home birth. Sometimes they coalesced, but feminists had to be flexible, nimble and persistent, and everywhere.

On IWD it is good to reflect on where to from here? What are the big issues that need tackling for women and how can we tackle them.

I want to raise here a precept of the early women’s liberation movement that is still highly relevant. That is, you measure women’s progress not by how women are doing at the top but how they are doing at the bottom.

Yes, women on boards, and women as CEOs and so on, are important, but it is much more important to put effort into improving the position of the women who are doing worst.

That’s why I think that the campaign for a Living Wage is so important. Women workers are disproportionately clustered in low paid work, part time work, and casualised work.

To its credit, Wellington City Council has already adopted a Living Wage and I am pleased to say that the Auckland Council mayor, Phil Goff, has supported a living wage and this has gone out for consultation in the Annual Plan.
So, Number 1, a Living Wage.

Number 2, restoring the relativity of benefits, and increasing benefit levels and other support for sole parents who are disproportionately poor. The well-argued programme put forward by the group Child Poverty Action would improve the position of many women immensely.

Number 3, a real campaign against sexual stereotyping of girls

The women’s liberation movement made this a priority. We focused on education and sex stereotyping in children’s literature and the school curriculum. Those campaigns were very successful at bringing about change.

But we have slipped backwards. I am astonished at the gendering of toy shops, the aisles of pink, the fairy shops, the tulle dresses, the hair bows for babies – the enormous slippage that has occurred since we boycotted shops and letter-bombed manufacturers who stereotyped girls and boys. You hardly ever see a girl these days with short hair. Girls are being groomed as tiny Princess Elsas or Annas, rather than a Mowgli who does not need the opposite sex as a motivation.

Number 4, action on Violence against women.

In the Auckland Sunday paper, Ruth Herbert, the founder of a new organisation speaking for victims of domestic abuse, The Backbone Collective, pointed out we have the highest rate of women experiencing violence and abuse in the developed world.

The first refuge was set up in 1974 in Christchurch, 43 years ago. There have been numerous initiatives to help women who face violence, but it is my perception that it has got worse, and the level of violence has got worse.

Until we face the causes of the violence, no number of “It’s Not OK” marches through the street will get us very far. There is something badly wrong about the way we model masculinity in New Zealand.

So why haven’t we made more progress in these “unfinished business” issues.

The women’s movement really ceased to exist as an organised force in the mid-1980s. This coincided, probably not randomly, with enormous structural change to New Zealand.

You will recall that the Govt, a Labour one, continued by the following National govt, went into a death dance with the captains of corporate industry and international finance. Govt institutions and agencies were handed over to these millionaires to reshape the New Zealand public sector in the model of the market. This also involved winding back the state, which had been the support and safety net people of my generation and those before.

Perversely, despite subsequent market failures and international money market collapses, despite the accumulating evidence of the social cost of restructuring, there has been no resiling from this course.

The 80s fracturing of the social structure and the social consensus it relied on, with the new dogma of individual responsibility, was something the women’s movement did not survive.

At the beginning of this period, 30 years ago, Phillida Bunkle and I published the Metro article – the unfortunate experiment at NWH – which led to the Cartwright Inquiry and sweeping reforms in the health sector. We did this through the organisation Women’s Health Action, but we were supported by a network of feminist women’s health groups throughout New Zealand, a strong union movement, and the Ministry of Women’s Affairs. The Ministry was represented throughout the Inquiry by legal counsel and played a key role in drawing out issues for women, and especially Maori women.

It is this strong, organised feminist network that is missing now. Could a Cartwright Inquiry be achieved in 2017? The answer is somewhere between No and Only with the greatest difficulty.

For right now, the truth is, the women’s liberation activist groups have withered away, and we only have the mainstream women’s groups to provide any longevity, stability and sustainability for the women’s movement.

What they have got going for them, and what is lacking elsewhere, is organisation: doing the hard yards, progressing through the formal routes, keeping agendas on the table year after year. And when you look at issues like pay equity, it is very much year after year, decade after decade.

New methods have come along, such as social media, online petitions, and so on. I am a little dubious about the effectiveness of these. They are instantly activated, but are equally instantly gone. They lack sustainability and it is not clear how much they achieve.

Just a final question for IWD. The Auckland Sunday paper magazine led with a feature article “Has Feminism become Feminism Lite” as in L I T E. This feminism will be “guaranteed not to – add weight, Increase body hair, Reduce sex appeal, Offend anyone and Change anything.”

So my final question is, can women have it all? Can we cling onto to some of the trappings of traditional femininity, and be powerful agents for change. My answer is No. You cant make compromises and not be compromised. You cannot expect to be treated like an adult while hugging your chains.

One of the slogans of the women’s movement, was, We don’t want a slice of the pie, we want to rebake it.

Well, we haven’t. We’ve been satisfied with the slice. We’ve argued about getting a bigger slice, but we haven’t rebaked the pie. In fact the pie we started with in the 1970s, based on the welfare state, was better for women than the New Zealand we have today. Women were powerless to hold back the restructuring of New Zealand, and indeed some thought they could make gains for women within it. Some women even led the changes.

We have ended up with a New Zealand with wide and worsening inequalities, and women suffer most in this type of society, directly and indirectly.

On this International Women’s Day, as a task for New Zealand women, I’d like to see the setting of an agreed agenda that would bring about real significant change for girls and women at all levels. A bit like a Working Women’s Charter updated for the 21st century. Now that would be a project women everywhere could work on, and it might just bring us back together as a powerful force for change.