Unless you spent last night in a tent in the mountains (I wish…) you already know the news: Labour rockets ahead of National in stunning Colmar Brunton Poll result 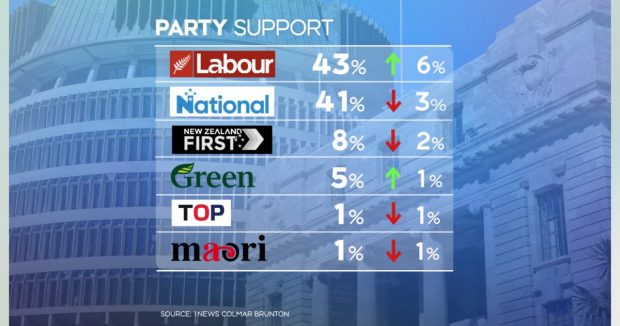 A month ago in this poll Labour was on 24%, now 43%. That is is the largest short-term polling shift in NZ political history (the Nats’ boost after Brash’s Orewa speech was only 17% over 3 months).

It’s only one poll and Jacinda Ardern is right to be cautious:

After the debate, both English and Ardern said the poll did not tally with their own internal polls and neither were taking it as gospel.
…
Ardern said the poll was “a surprise” but she was not taking anything for granted given the polls could change so quickly.

“It did surprise me. So at the moment I don’t want to rely on any one poll because ultimately there’s only one that counts, and they’re so changeable at the moment that probably both of us are going to make sure we keep campaigning hard and don’t take anything for granted.”

All true, we’re in the fight of our lives. But none the less, the psychological impact of a poll putting Labour ahead is huge. It’s a new political world in which anything is possible. 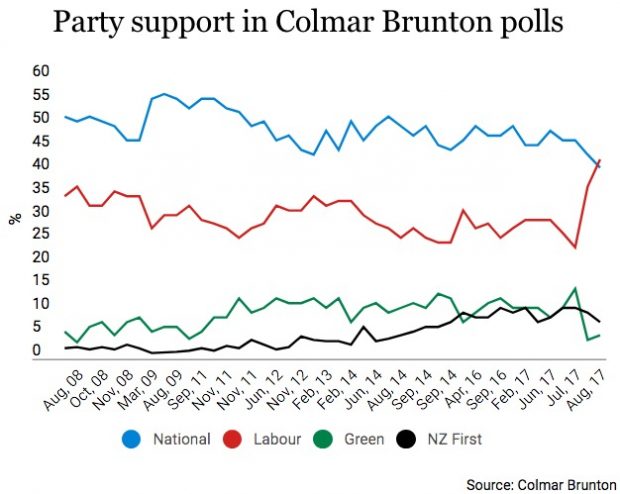 #BREAKING The Labour Party has overtaken National in the party vote in a sensational new poll https://t.co/I1yln5KTNV pic.twitter.com/73G74NHbTY