Its official – Transmission Gully is a fiasco

I always struggled with the concept of the Transmission Gully motorway.  Building motorways over active fault lines seems to be a crazy thing to do.  And using a PPP with promises of lots and lots of savings was

A recently released review thinks so as well.  From Thomas Coughlan at Stuff:

A review into Wellington’s much-delayed and heavily over budget Transmission Gully has found multiple problems with the way the road project was established nearly a decade ago.

The review is scathing in parts, noting that the Government tendered the private contract out at an unrealistically low price by essentially “double counting” cost-savings the private sector could bring to the project.

Worse still, no one spoken to at the review knew or remembered how this tender price was arrived at – an all-important detail, partly responsible for years of delays and hundreds of millions of dollars in cost overruns.

The project was initially estimated to cost $850 million in 2012, but the most recent estimate is $1.25 billion.

However, the review stopped short of saying the Public-Private Partnership model used for Transmission Gully is intrinsically flawed. Instead, it says that key errors made at the beginning of the Transmission-Gully Project, when it switched from being a public sector led project to a PPP back in 2012, have led to lasting problems with the project.

Radio New Zealand has this damning comment on the original price set for the project:

The report said the maximum price the government would pay was set too low and the project’s bidders soon worked this out.

That decision meant proposals were “value managed down” or made cheaper on designs and timelines to make costs look acceptable.

“These value management changes represented risks that would eventually manifest themselves after procurement once construction commenced,” it read.

The budget was later reviewed twice after feedback from bidders who were having difficulty meeting the figure.

It was increased by $151.5 million in the middle of the proposal process because it had not properly included road safety, seismic or geotechnical risks.

The project never made sense.  As this exchange between Julie Anne Genter and Bill English from as long ago as 2012 shows.

Some of the barbs:

As James Henderson said on this blog at the time:

So, a $3 billion borrowing programme for a project that would deliver, at most $500m of gains, and would actually deliver far less because traffic volumes aren’t increasing as modeled. Seem like a good use of taxpayer money to you?

Subsequently the desire to toll the project was not proceeded with after it became clear that tolling would mean that no one would use the road.

So who is to blame for this fiasco?

The Minister in charge at the time needs to take at least some of the blame.

Guess who it was? 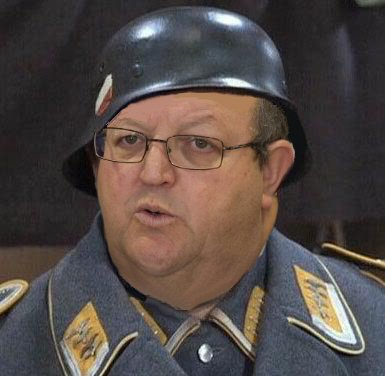 19 comments on “Its official – Transmission Gully is a fiasco ”