Jackal: The truth will out 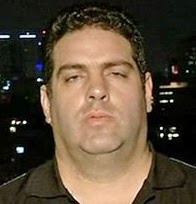 It’s unfortunate that those involved in the Dirty Politics scandal have taken National’s election win as some sort of vindication of their devious tactics. However, the business as usual approach people like Cameron Slater and David Farrar are taking, so soon after they’ve been exposed, is likely to blow up in their faces.

It might be a somewhat convincing meme that middle New Zealand simply doesn’t care about government corruption, but the truth has a way of getting through to even the most deluded individuals. Eventually, more and more people will start to become aware of the sinister side to John Key’s administration, and either through openly challenging or quietly working against it, progressive and positive change will occur.

However, nobody should be under any illusions that the repressive regime such propagandists represent will try to further undermine our civil liberties, especially for those who challenge the current dysfunctional system with reason and facts. This is especially the case for academics who understand the implications of not doing their work honestly.

Today, Scoop reported another story that shows Cameron Slater has learnt nothing:

Hate merchants at it again with smear tactics

“It’s disappointing to see the hate merchants at it again with yet another attempt to smear and silence a health professional who’s doing research they disagree with,” says Ian Powell, Executive Director of the Association of Salaried Medical Specialists (ASMS).

“Cameron Slater’s Whale Oil blog has repeatedly attacked the work being done by public health researchers, for example in the areas of nutrition and smoking, and now he’s having a go at Otago University nutrition expert Dr Lisa Te Morenga.

“Once again we see him using the word ‘trougher’ in a blog post in an offensive attempt to undermine the credibility of a health professional who is using her expertise to improve public health, and then on Twitter we see Carrick Graham and Jordan Williams also laying into Dr Te Morenga.

The problem here is that the right wing has an enormous credibility issue that they don’t look like ever resolving…mainly because they don’t want to even acknowledge the problem exists.

“These smear tactics were well documented in Nicky Hager’s Dirty Politics book and the resulting political revelations in the lead-up to the general election, and they’re unacceptable. Critiquing the conclusions of research is a valid part of health debate and discussion but this is just nasty stuff on the part of Whale Oil and others. New Zealand’s health professionals should be able to to carry out research and other investigations without fear of intimidation.”

“It’s all part of a relentless campaign to undermine and silence people who are working to address issues like obesity, diabetes and public health. Our view is that sunlight is the best disinfection for those tactics.”

I wonder what the right wing will do when people stop being afraid?