For the many of you who won’t know, Tory boys David Farrar and Cameron Slater have been driving around the country interviewing MPs and youtubing the results. They did John Key in Rotorua the other day and the result is telling:

What particularly interested me was Key’s response to DPF’s question (at 1’45”) about what he’s done with Labour’s tax cut.

His answer was he’s bought a block of cheese.

Funny thing is, when you run Key’s opposition leader’s salary through the tax cut calculator you find out he gets $28 extra a week running up to $55 extra a week in 2011. Even with today’s inflated dairy costs, that’s a hell of a big block of cheese.

But I guess he’s talking in comparison to his tax plan which would see him get an extra $65 a week above Labour’s package (to a total of nearly $120). In fact seeing as he’d be the PM under that circumstance his total tax cut would be more like $166.

By comparison a couple on a single wage of $40,000 per year with two young kids (and there’s a lot of Kiwi’s that fall into that group) would, under National, be paying an extra $5 a week in 2011 than they would under Labour. Presumably the tax hike for all those low income workers and their families would be to pay the difference for Key’s tax cut and the tax cuts of anyone else who is lucky enough to be in the top 1% of New Zealand’s earners.

I’m sure all those low income earners and their kids would appreciate the block of cheese John so hilariously claims is rotting in his fridge.

And to think National are claiming it’s Labour that are arrogant and out of touch.

[Update: A friend of mine who works in Parnell says Key was in the shop a week or so ago and bought one of these. AYB] 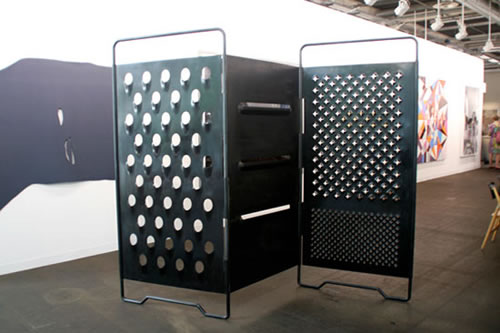