Known Knowns and All the Other Ones 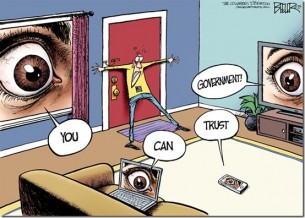 I must be the odd one out, the outsider, because a lot of stuff that others get passionate or worked up about flies right over my head. There is not enough time in my day to try following everything that happens let alone think about and understand it. Life is too short and my brain too small.

Sometimes I try and I really make an effort to get to the bottom of things. It is a mission impossible with truly complex and controversial topics. One reason is that I generally do not possess first-hand experience and thus have to rely on second- or third-hand reporting and information.

However, nowadays I cannot easily tell which sources are genuine and can be trusted. I do not have the means to verify information other than to compare and contrast with other sources. Et cetera.

This used to be a conundrum for me because by nature, I like to know and understand things and I hate being taken for a fool. I felt I had to (be able to) decide what is correct or incorrect, what is right or wrong, what is good or bad. In short, I was approaching complex topics with a binary attitude.

The same attitude forced me (!) to take sides, to come off the fence, take a certain position, and form an opinion. Of course, this was flawed from the outset because what I was really trying to do is to find and mould information so that it would not be inconsistent with my existing biases. 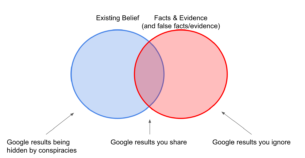 Ignorance might be bliss, because there is nothing to distract or contaminate my mind with, but bias is present from the moment the information or knowledge vacuum gets filled. At least I then have an opinion and my moral compass will guide me along from there onwards. Yeah, right!

I have come to realise that there are usually multiple sides to a story, that context and nuance matter, that often two choices can both be bad (as in Sophie’s Choice), that it is ok to admit that I don’t know shit about something and therefore do not, cannot, and must not have a firm opinion on the matter.

I know we all love to judge. In fact, we all seem to have a need to judge. I tend to reserve judgment until I am very sure and even then, I proceed with caution. Believe it or not, the sky won’t be falling down when you don’t form a view on something that happened somewhere in the world some time.

Stopping judging the actions of a PM in a different country is not going to stop Climate Change, for example. It is ok to go “meh” – nek minnit they’ll have a different PM. I have no control over these things and neither have you so we would be wasting our time and raising our stress hormone levels for nothing – no actual fright-fight-flight response required as desktop warrior.

But what about public opinion? If we become a nation of fence sitters, the politicians would have free reign and no longer be accountable to public uproar and pressure? For example, if our Government decides to join a war based on mis-or disinformation. 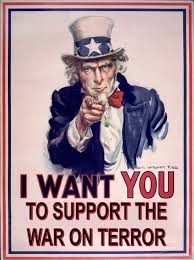 I think the onus is on the Government to persuade the public. Yes, I know this opens the can of wiggly PR worms. The Government has to be as open and honest as possible with the people. If, sometime in the future, it is found that they acted on wrong or misleading information they will have to take personal responsibility for that. They cannot hide behind some kind of political immunity. After WWII, wir haben es nicht gewußt was not an acceptable defence and neither is it now.

The more is at stake, the higher the risk or danger, the higher the burden of proof before acting. If the stakes are low or the evidence is weak the only acceptable course of action is to collect more information until there is enough for an informed decision (which might be to do nothing at all).

The truth has a habit of coming out sooner or later, sometimes a lot later. People in power should not escape from taking responsibility for their actions – it is a fundamental legal principle that applies to all persons. They should not be able to duck for cover. They should be known to act honestly and with integrity and honour at all times. This should be a known known upon we can trust and thus we would give our elected representatives the power and authority to act on our behalf. Betray our trust at your peril. Sadly, this is hollow and meaningless and the peril is ours.

6 comments on “Known Knowns and All the Other Ones ”