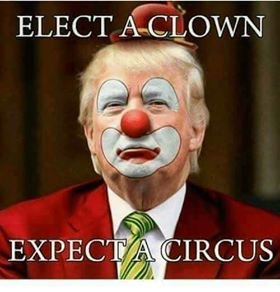 There is a very good chance that the upcoming impeachment trial of
President Donald Trump will turn into one massive campaign launch –
one which significantly increases his chances of winning a second
term.

Let’s move past the Democratic-dominated hearings coming in the next
few weeks. It’s a free hit for the Dems, but guess what’s coming?

Because once it gets to the Senate, the Republicans have a firm
majority. They are well practiced at using it. This is their chance to
really turn the tide against the Democratic surge.

First, don’t expect any sense out of it. While an impeachment trial
has several trappings of a court trial including lawyers, evidence,
jurors, and a verdict, don’t be confusing this with a courtroom, or
any result with justice.

So for example, Republicans can go full Sandy Hook conspiracy on the
witnesses’ ass. There is nothing stopping them, in reality. They can
trot out any conspiracy they like. They can call the Bidens – both
father and son – and roast them until they are good and done.
Essentially do Trump’s Ukraine hit-job for him.

As long as President Trump’s fans remain loyal, Republicans will be
motivated to turn this trial into a full-blown circus airing every
nut-job theory, and bring in any beyond-Bolton cranky extremist, with
the net result being to allow Trump’s team to play to his massive
rhetorical strengths and communicative power by wielding
heavy-but-improbable fiction upon fiction to the public.

The Republican Senators are aware that these proceedings and the
judgement are fundamentally political. A removed official has no
appeal. There are no set rules of evidence. There’s no due process
requirement. Of course there’s no gag rule for jurors outside the
“courtroom”. This is what President Trump is so good at: politics as
World Wrestling Federation theatre.

The Republicans will dominate the media, because their majority Chair
leader will go each night straight from trial to tv talkshow. He and
his party get to frame it all. The media dominance from lower house
hearings to the Senate trial is going to mean that no other policy
issue will get any airtime until about Easter 2020 – if then.

And of course all the Democratic candidates who are Senators will
attend – how could they not do their Constitutional duty since it
calls them? That takes Sanders, Warren, and Biden out of their
campaigns and fully within the theatre-command of the Republican
Senate, when they have every reason to ensure that only Biden ever
gets to speak. There is simply no Democrat response possible to this
control of political oxygen. With Republican oxygen-control goes
Republican-directed political fire.

Sure as eggs no one will give a damn about Democratic primaries in
flyover states – not in this election now. Nor will there be room for
non-players who are not already Senators, the likes of Buttegieg or
whatever. Nor any room for any policy debate outside it. Even Frank
Underwood would marvel at this set of plays.

McConnell has downplayed how much Republicans can control the process,
saying that once the trial begins, rulings will be made by Supreme
Court Chief Justice John G. Roberts Jr. — not by a majority of the
Senate. “This is not something that the majority can kind of
micromanage like it can on almost any other issue,” he said Tuesday.
Justice Roberts however has been clear that he’s just bringing the
popcorn.

The Senate trial will give the president and his lawyers a
high-profile opportunity to make their case to the American public. In
theory, Republicans will have a chance to call witnesses who could
undermine the Democrats’ case. During Clinton’s impeachment trial, the
bipartisan agreement limited witnesses and determined that video of a
private deposition of Monica Lewinsky would be aired instead of
allowing a House prosecutor to question her in the well of the Senate.

But be assured there won’t be any bipartisan rules on this one.
Republican Senators are locked hard and solid as a Roman shield-wall,
loyal and impervious to facts. Republicans appear to be staying almost
universally supportive of the president, so there is near-zero chance
Trump will be convicted.

That means we already know President Trump will survive this, and
continue to the public with universal media profile and a raging
grudge that will at very least electrify his base. Few thought he
could win last time, remember?

Nancy Pelosi resisted impeaching the President for most of this year.

81 comments on “Maybe Nancy was right ”