Maybe we shouldn’t take the plane

Yesterday Advantage wrote about whether stopping flying had much meaning in a climate change world, especially for New Zealand.

Leaders at the forefront of Climate Action say flying isn’t just about the carbon emissions from that one flight but instead it’s to do with the GHG emissions from the whole trip (flying, ground transport, accommodation, meals etc), and all the associated infrastructure and energy needed for that. Flying also increases the demand for new airports, which to be financially viable need more flights, then more runways, support infrastructure and so on it goes.

Unlike other forms of energy use, there is no emerging technology to easily or economically replace aviation fuel. At some point flying will need to be reserved for critical services or rare occasions, so this is something we can prepare for and do now to shift away from fossil-fuel dependency. This is especially challenging for New Zealanders who live so far from land transport options internationally, but we still have choices, especially domestically.

I found this essay Hypocrites in the air: should climate change academics lead by example?  by Kevin Anderson very refreshing because it clarified some of the systemic issues that climate scientists and activists should well understand.  In particular he shows how speed and convenience of air travel massively increase the distance, and shorten the duration, of travel resulting in a massive increase in greenhouse gas emissions that would simply not happen if people had to travel by train. It is this convenience and bargain basement prices, more than any measure of greenhouse gas emissions per person kilometre, that exemplifies the need for systems thinking rather than reductionist metrics.

Drawing on sustainability design principles he applies them to travel,

The principle of Small and Slow Solutions suggests that when we do go far and/or fast we should get and contribute maximum value.  The principles of diversity and integration suggest we should be focused on multiple values and functions in everything we do but especially in high powered, high impact activity.

So why not continue to fly overseas using this model? After all isn’t my work around the world the most important contribution I can make to a better world?  While I can see the beneficial outcomes of my overseas travel,  I also believe that much of the power of my presentations, teaching and influence comes from the modest home based self reliant way of living that informs my work.  There is little doubt I could have more influence over more people by travelling more but I believe the less I travel the greater the integrity and quality of my influence when I do.

Perhaps most importantly, Holmgren makes this point in a Peak Oil context as well,

Beyond GGEs  I see the depletion of precious high quality transport fuel as a additional debt that needs to be justified by the value of what is achieved by the travel.

We only have so much cheap oil left, what are the ethics of using it up profligately?

Holmgren describes how he travelled within those frameworks and ethics. The cases against flying are also made by climate change scientist and advisor Kevin Anderson and environmental and political activist/writer George Monbiot.

Prevention of climate catastrophe requires us to change, sometimes significantly. New Zealand will have to transition its economy off mass tourism, a reality that we’ve barely begun to even talk about.  Changing our domestic travel habits will be more straight forward, it’s not so long ago that we often used to travel by train. Holmgren has some good stuff on relearning that it’s ok to take time to travel, how to do it well, and that there are substantial personal benefits.

Lessening international flights will require a bigger change for some. Less business flights and more internet meetings isn’t too hard. The increasing numbers of people who have family overseas are going to need to rethink some fundamentals about the lives they are living.


Most of this post was previously published in Climate Change Actions for the Middle Classes. 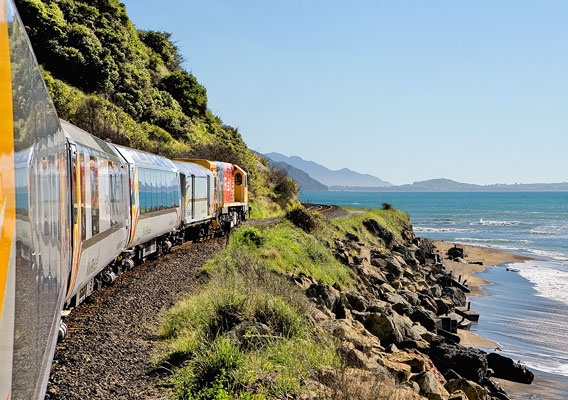 84 comments on “Maybe we shouldn’t take the plane ”