Moving on after FJK

I wrote this post back in March, the week Nicky Hager and Jon Stephenson published Hit and Run, and FJK left parliament. It didn’t get published for a number of reasons, but now seems an opportune moment.

I know there is a convention for parliamentarians to be good to one of their perceived own when they leave. And I know that some including the MSM like to look at how clever or successful bad people are. Or maybe the mainstream just can’t bring itself to look the destructiveness of the last 9 years fully in the face so it’s better to pretend that he did some good things too, or at worst he “bequeathed a backlog of neglect and deferred decisions“.

This could have been a really long post, there is so much to be said about what has been done to NZ in the past 9 years. I’m just going to pull out the ones that come most immediately to mind and some of what was being reflected upon on twitter in the past day.

All of those together point to something seriously wrong in both Key himself as a person, and the National Government as a whole. I’m not surprised, because it fits with their particular brand of beyond neoliberalism that is amoral and disconnected from what is true and real about being human.

I don't need to see JK's departing words to know 3 things:
– he lied
– he joked, you know he's the common man
– he lied

he's left a legacy of legitimising uncaring. He's robbed NZ of its empathy.

Then there are the poisoned rivers, hungry kids, families living in cars, losses of democracy, Christchurch, the utter ridiculousness of our position on climate change, and on and on. I believe we will come to look back on this decade in the same way as the 1980s, where a revolution happened which we didn’t quite understand until well after. We didn’t need a Tr*mpville, we just handed over our country on a platter. NZ leading the way again, just like last time.

Which brings us finally to this week.

Anne Tolley, Hekia Parata laugh when I refer to the allegation that the SAS were involved in the killing of civilians incl children #nzqt

They laughed. Laughed. Two Ministers in charge of millions of children's lives, and they laughed about a child being killed. For shame. https://t.co/8MNCdldFaC

There’s something deeply disturbing about Hit and Run that I haven’t quite gotten to yet, as if the bald facts weren’t bad enough. Part of it is that it happened only 2 years into the first term. There is some kind of time dissonance, as if we are only now just coming to understand what has happened, what has been done in our names, the extent of the corruption that leads to the deaths of children and the destruction of homes, and that this wasn’t some long build up, but they were doing this shit right from the start.

A little too close to home, it’s a mirror we didn’t expect to have held up at this late stage of smile and wave. Like others I expect there will be an inquiry or not, probably depending on whether we get a change in government. Here is yet another opportunity for NZ to do the right thing, turn in the right direction, start to turn the tide. But even if there is no inquiry, this will still deeply impact on our national psyche. We can go into denial about it, and there will be people already running the line that middle NZ doesn’t care, but we can’t make it not true. It happened, the raid and the revolution, they can’t be undone. We can however make amends and it’s never too late to change.

Thus I am eternally grateful to Nicky Hager and Jon Stephenson* for, in addition to everything else, the timing. 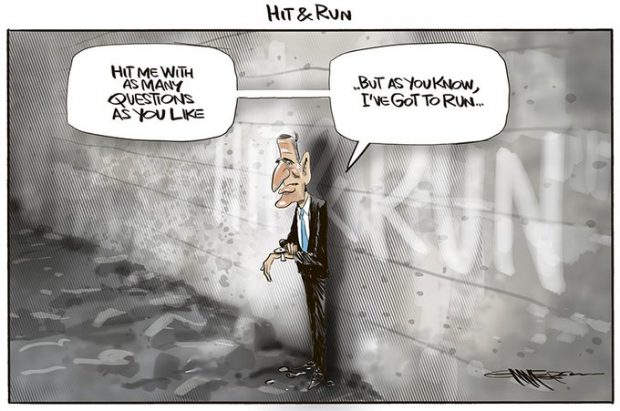 Whether or not we ever find out if he was hoisted on his own petard, let the smarmy little fucker run. We’ve got work to do. We have two tasks now. One is #changethegovt. The other is repairing the damage from the scouring of the Shire. There are still many good and important and true things about New Zealand, things we can reclaim, things we can build on. Time to remember who and what we are and then get on with it.

65 comments on “Moving on after FJK ”