National’s plan – open and be damned

Yesterday National released what feels like take 16 of its Covid response plan, this one focussing on business interests and setting a hard timeline for reopening.

The fiscal details were attacked mercilessly by Grant Robertson in the house.

Four bucks a week to workers is a joke and tax cuts for small businesses will only benefit the profitable.  And missing out on the female unemployment figure and getting the Maori unemployment figure is inexcusable.  Robertson’s final comment “bring back Paul Goldsmith” must have hurt.

Sympathetic voices have been amplified in the media to make the announcement sound like a very good thing.  For me it is a desperate recycling of tried and failed right wing dogma.

As an example National’s dine and discover voucher proposal for restaurants is but a desperate rehash of a UK conservative policy that was panned for being instrumental in increasing the spread of Covid by 8% to 17%.

National has also set a line in the sand, December 1 for our own particular version of freedom day, again borrowing from a well used UK Conservative concept.

Back in July 2021 Boris Johnson announced that they would celebrate freedom day.  The Covid death rate has increased ever since. 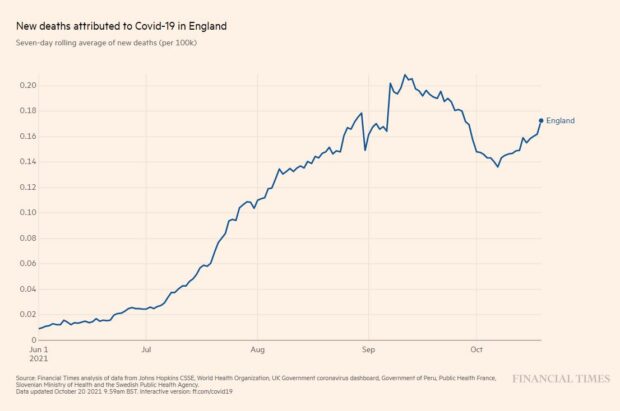 There are some pretty ugly moral underpinnings to National’s deadline.  It suggests that those who are not vaccinated have only themselves to blame.

This has been repeated by Mike Hosking who shows his complete indifference to his fellow human being in his statement that “[t]here is no good reason for the vast majority of us to be held back by a) the thick; b) the lazy; or c) overarching governments who trade in fear”.

For a more reasoned, careful and more humane analysis can I invite you to read this article by Keith Lynch at Stuff.  His main points:

National’s plan if implemented would undermine the vaccination effort.  It seems very likely we will hit a 90% vaccination rate.  Declaring victory after that would remove a large amount of the impetus for the final part of our community to be vaccinated.

And as I said earlier Covid does not give a fuck about our plans.  It attacks our weaknesses and an incomplete vaccination programme would be a significant weakness.

I get the need for certainty and predictability.  I hate to say this but Covid is not going to cooperate with our plans, no matter how superficially attractive they are.

71 comments on “National’s plan – open and be damned ”