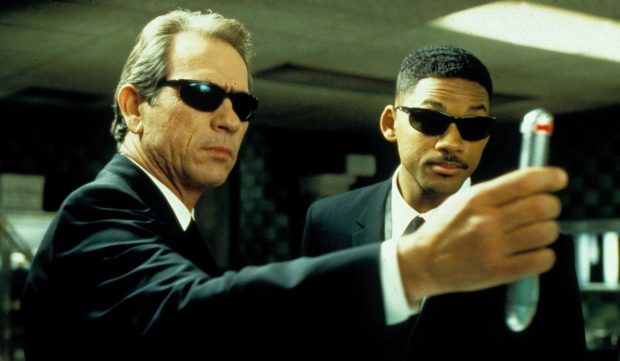 A few years ago I was in awe of National’s media management. They seemed to be bullet proof. When confronted with issues they would role out these simplistic responses that you knew had been focus grouped to within an inch of their lives. John Key had this ability to stare into a camera and sum up the will of the majority. This is because that will had been surveyed extensively. Add in some Crosby Textor designed attack lines and they seemed impenetrable.

But no more. The current party leadership is insipid. Simon Bridges is on a tour of the country going to the most remote places for photo opportunities. Given the one sided nature of his tussles with Jacinda Ardern in the House I am not surprised.

No one else is firing.  Judith Collins stands above the rest because she managed to catch Phil Twyford sneak in a phone call after an airplane’s doors were closed.

And a multitude of problems caused by the last Government are becoming more and more apparent.

The latest is Housing Corp’s war of terror on any tenant when minute traces of methemphetamine was found in their flat.  The corporation’s stance attracted attention and informed ridicule two years ago.

They were told they were wrong, repeatedly. For instance by Dr Stuart Jessamine of the Ministry of Health. Listen to this interview from October 2016 and sense the frustration in his voice as he pleads for Housing Corp to understand.

But National saw a chance to be tough on drugs and on beneficiaries at the same time and clear out a few Housing Corp units and ready them for whatever, presumably sale.

They finally accept publicly they were wrong.  But their messaging is muddled and chaotic.

We had yesterday the strange situation yesterday where National MPs gave three different takes on the issue. They had to counter the very clear determination of Peter Gluckman that the policy was a crock, but even so their disparate responses were startling.

First up was Judith Collins. She said it was all basically Housing Corporation’s decision and had nothing to do with the Government. From Television New Zealand:

Speaking this morning to TVNZ 1’s Breakfast programme, Ms Collins was defensive of her former government, saying the decisions to evict people and undertake testing were made by Housing New Zealand, not Ms Bennett.

“If Housing New Zealand has taken certain steps .. they have told the minister what they’ve done, they haven’t asked the minister’s permission.”

So defence one was the Government had no control over decisions that led to a hundred million dollar spend. They were incompetent, rather than malevolent.

Then Simon Bridges had a go.  He said the government was basically ignorant of the problems.  From the Herald:

“If the standard was too high, in a sense, it’s good news if it comes down. It means we can have more people housed in more houses,” he told the Herald’s Focus this morning.

But he rejected any suggestion the previous Government was not as critical of the meth investigation and contamination industry as it could have been.

“Ultimately it was the same deal with us as it will be with this current Government,” he said.

But he said the situation remained unclear.

“We need to get to the bottom of it,” he said of a disparity between the Standards New Zealand standard and the Gluckman report finding. “It’s not entirely straightforward but it does seem clear the standard was too high.”

The second defence, National did not know about the faulty standard.  They were ignorant rather than malevolent.

Then to cap things off Paula Bennett had a go on Checkpoint.

Paula Bennett says Housing New Zealand should apologise to tenants kicked out over meth contamination, despite welcoming the agency’s zero-tolerance stance when she was social housing minister.

Ms Bennett was the relevant minister between 2014 and 2016, when hundreds of tenants were evicted from state houses after traces of methamphetamine were found, sometimes at levels now known to constitute no risk.

Ms Bennett said she welcomed the report and told Checkpoint that Housing New Zealand should re-evalute the cases of people who were evicted from their homes, in light of the new information.

“If I was the minister … I would certainly be wanting to look at it all and see individual cases and make sure that actually [the process] has been fair and reasonable,” Ms Bennett said.

When asked if some tenants should be compensated, she said they should.

Ms Bennett defended her views at the time she was minister, saying she herself had raised concerns about the testing limits at the time.

“I’ve always had concerns… I just didn’t think that the 0.5 [microgram limit] sounded right,” she said.

“I questioned [the Health Ministry] in particular who had set that standard, questioned Housing NZ numerous times, got the Standards Authority involved.”

Despite her concerns, Ms Bennett said she could not refute the evidence she was given or stand in the way of Housing New Zealand to impose a different set of standards.

Her statement that the Health Ministry set the relevant standard needs to be questioned.

So Bennett thinks that tenants should be compensated and that if she was the minister she would want to review individual cases and make sure that the process had been  fair and reasonable.

But here is the thing.  She was the Minister of Social Housing until December 18, 2016.

Housing New Zealand Minister Bill English is backtracking on his announcement of a review into meth evictions to determine whether the housing agency had been acting fairly.

The housing agency has been heavily criticised for using Ministry of Health meth test guidelines, which were only valid in former meth labs, to evict tenants for personal use.

Earlier today, Mr English told reporters that his agency would now review all of its meth evictions to see if it had acted fairly.

“Just going back over cases to make sure that they’ve been fairly treated,” he said.

“Now that [the Ministry of] Health have come up with another standard, Housing New Zealand are applying that, and they’re just checking through to make sure that whatever cases they’ve dealt with in the past were dealt with fairly.”

But Mr English later said he was confused, and there was a review of the houses left empty from meth contamination – not the evictions themselves.

Back then National must have known about the problem.  Why else would English announce a review of meth evictions, or even a review of empty houses?

And why the backtrack?  Presumably he was rolled by the rest of cabinet on his desire to actually ensure justice for housing corp tenants.

There must have been a conscious decision made to not review the meth evictions.  Which makes Bennett’s claim that there should be a review hard to stomach.

Fuckers. They actually contemplated a human response, an apology to those who had been hurt and a check to make sure Housing Corp had acted fairly.  Then they backtracked.

Whether this position was reached through National’s incompetence, its ignorance and failure to properly understand the situation, or a malevolent disinterest in the plight of the poor, or a combination of all three reasons, does not really matter.  Each reason shows that National should not be trusted with the levers of power.

I think their strategy is they want us to forget it all.  Let’s not do that.