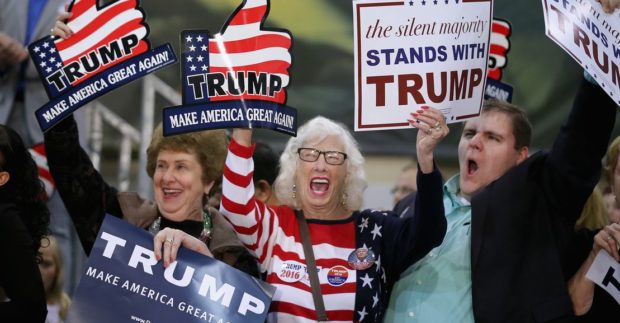 In the world of United States Democrat Presidential candidate polling, Joe Biden is the standout and has been through 2019. So far we can trust the people on who they think most confidently gets rid of Trump.

While the impeachment Congress hearings and then probable Senate vote process continue, it is Joe Biden who will continue to suck the profile-oxygen out of the room from the other contenders of Sanders, Warren, and Buttigieg (we don’t need to worry about anyone else). It is already dragging Warren’s tracking. This Trump-Ukraine debate effect will continue for months. Maybe if we didn’t have these impeachment hearings I wouldn’t have to argue as I do below, but that’s political fate.

There is tremendous momentum within the Democratic Party right now. In recent weeks they’ve flipped the governor’s seats for Kentucky and Louisiana, and won control of the Virginia state legislature. This builds on their 2018 gains. I’m not predicting that means Senate sets will necessarily flip as well, but the Dems they got the momentum.

They can still blow it.

Every Democrat wants Donald Trump out. Liberal or moderate, they know that’s the goal.

But none of the Democrats who made those massive wins this year embraced pie-in-the-sky ideas. Like “medicare-for-all” which is Bernie’s core pledge that he hammered down in the Democratic debate yesterday. Or Buttigieg’s political wonkery of abolishing the electoral college. Or even enacting the Green New Deal. Or calling for an abrupt end to fossil fuels.

The successful Democrats didn’t mention “Medicare for all”; they explained how they would control drug costs and keep protections for existing conditions. They didn’t offer free university (sorry, “college”), they were more generally on about fairness across the education spectrum. They went for suburban slogans like “fix the damn roads”.

I have no problem with U.S. Presidents going big on policy ideas. Obama did great in tone and rule, but he went for just a couple of big policy ideas – one or two a term – and the rest well honestly the economy pretty much ran itself.

If they want to win the Presidency it makes sense that they follow the pattern of how the Democrats have been winning, and do more of it.

Voters of almost all stripes want to vote against Trump. He’s remarkably unpopular, particularly with average unemployment at 3.7%. He divides the United States more than Nixon.

But he was divisive when he started and still won the presidency on a handful of states, and can still win again in the same route. Neither Trump nor the Democrats have enough core voters to get the win. So it’s going to come down to battleground states just like it did last time.

Warren and Sanders have the most to lose going for high-concept policy goals when the mainstream media really start to rinse them in the debates after the rest have dropped out as they will in the New Year. There’s no need for such vulnerability to lose to Trump again.

Plenty of Democrat pundits will advise to go more and more radical, and they populate most of the mainstream media.

It’s true that the most consequential history is usually not driven by the centre. And the most popular and successful Democratic President in recent U.S. history – Bill Clinton – would quote the Bible and refer to himself as a “repairer of the breach”. That old rogue.

The candidate who will appeal the most this time is the one who can genuinely show they can repair the breach to the state of Trump, in all its forms. Whereas going radical on policy will appear remarkably similar to the radical disruption of Trump: unattractive.

A Democrat winner will spend their first term repairing the breach, and will only come up for air with big policy hits late in the first or early in the second of their terms – and only if they have crossover Republicans in the Senate as well.

Win, then after that propose their own radical stuff. That is pretty much the Obama and Bill recipe for success, worked for the Democrats for the last year; do more of that.