Of course Judith should #DeleteTheTweet 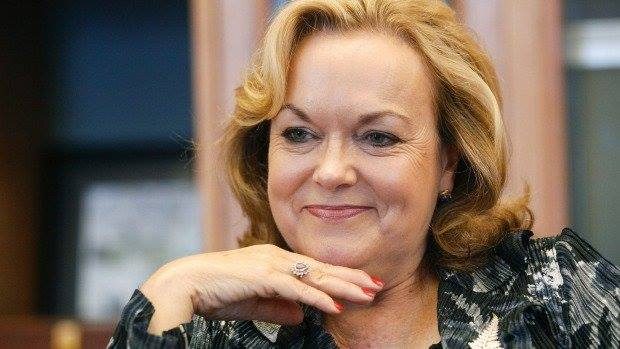 This should have been a relatively small story, a 6 hour wonder.  Some stirring among the twitterati, a bit of merriment on the left and that should be the end of it.

I covered the story three days ago on Monday of this week.  Judith was caught out tweeting a story from a fake website, one that runs such interesting stories as how the CIA had released evidence about the visit of extra terrestrials, how Katy Perry prefers human flesh to eat and how a teacher who had sexually abused a child was allowed to keep their teacher’s licence.  Real fake news clickbait stuff.  We all had a laugh and thought the story would move on.  After all who has not fallen for some sort of weird tale on the Internet and clicked when we shouldn’t have.

But Judith did not back down.  What should have been a “oops” and a bit of a laugh has now entered into the third day of the news cycle.

What is she doing?  Taking advice from Cameron Slater?

She tried to claim that elements of the story were correct.  Well there is a country called France and there are young people living there and they recently changed their laws regarding consent but after these facts the original story started to run out of them.

The “article” got off to a bad start because it claimed that the law change showed that France had given “in to pressure from an international network of liberal activists determined to normalise paedophilia and decriminalise sex with children across the world.”

The main stream media has made a decision to stand up against fake news.  Good on them.  After all the woman who says that this story is true but that Dirty Politics and negative news coverage about Oravida were false is just engaging in the random use of words that heretofore have had pretty settled meanings.

▶️ @JudithCollinsMP won't apologise or back down for spreading a fake news story on Twitter because she says: "I don't believe in censorship of people's ideas".https://t.co/Bypaw3Ezal

And last night the Jesse Mulligan and the Project took up the cause:

This is what Newshub posted:

Fake news used to be fun. Remember how we laughed when we first heard about alternative facts?

But it stopped being so funny when we realised fake news creates real harm; it’s dangerous, it fuels hate, and can cause incredible damage.

Fake news makers are among the most sophisticated manipulators of emotion in the world.

They know that if someone reads or hears something they want to be true – things they’re scared of being true – they’ll often believe it if it feels true: Muslims are terrorists, vaccines cause autism, global warming is a hoax.

For the most part, it hasn’t affected us in New Zealand. Fake news has been something that pops up in the second half of a news bulletin or on the internet.

Then yesterday this happened.

Judith Collins tweeted a story claiming France had made it easier for adults to legally have sex with children – but that’s not true.What’s true is the opposite: France has passed a law that strengthens consent laws, not weakens them.

Judith’s story is made up – and made up by a website with a history of spreading fiction.

But when the media put it to Judith Collins that she was sharing fake news, she wouldn’t back down.

As far as we know, this is the first time a mainstream New Zealand politician has spread a false story in order to score points politically.

What does that tell you? It tells me that she’s learning; learning that in 2018 you don’t need to show people the truth – you just have to show them something that looks a bit like it.

So far, her fake news link has been retweeted over 50 times.

It might not seem like a big deal, but it undermines the facts. As one writer put it today, it “weaponises ignorance”.

When fake is given the same platform as fact, truth becomes a matter of opinion. You can disguise lies as reality and the facts lose any power they once had.

It starts with acts like this, and that’s why we’re calling Judith Collins out – we’re telling her to #deletethetweet.

Share the hashtag, speak truth to power, and give power to the truth.

What is the game plan?  To look strong by not backing down?  To stir up people who are actually happy with this alternative reality being created by dubious parts of the internet?

And it makes Simon Bridges look totally powerless.  Maybe that is the intent.

Do us all a favour Judith, show us that National will not tolerate the use of fake news.  Delete the tweet.

69 comments on “Of course Judith should #DeleteTheTweet ”