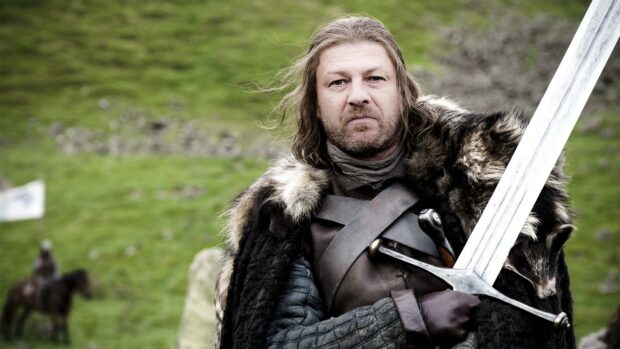 So far the country has fought back and eliminated the original Covid infection, won a couple of skirmishes and then and fought and quelled the Delta incursion.

With daily infection numbers declining, current Covid cases in hospital a quarter of the peak that occurred in early December and with vaccination numbers that are world beating I think it is safe to say that the Delta incursion is under control.

But Omicron is beating at our defences.  The numbers in MIQ are skyrocketing.  I initially thought that it was because of faulty testing at the border or the quickness of the infection appearing but given the numbers I suspect that the virus is spreading in MIQ.  And given the recent infections of staff this seems to be a distinct possibility.

So it is time to get ready.  From Katie Scotcher at Radio New Zealand:

New Zealanders are being urged to prepare for potentially thousands of daily Covid-19 infections once the Omicron variant starts spreading in the community.

Prime Minister Jacinda Ardern has set out the way ahead at Labour’s annual caucus retreat in New Plymouth.

But Opposition parties are accusing the government of making up the plan as it goes along.

Omicron is knocking on the door and loudly with dozens of cases picked up in Managed Isolation and Quarantine (MIQ) every day.

The variant is already slowly seeping through the border and it’s only a matter of time before it starts to spread in the community.

“We know that we will experience in New Zealand cases at a level we haven’t seen before,” Ardern said.

The modelling varies, but Ardern said once Omicron made its way into the community there could be between 1000 and 10,000 new infections every day.

“We won’t stop Omicron but we can try and slow it down. So that rather than dealing with a tidal wave of cases, we work hard to keep cases as low as possible.”

This is rational.  You only have to look at the United States, Europe and Australia to see the ease that Omicron has avoided and evaded protective measures.

Omicron clearly spreads much easier than other variants.  Its effects appear generally to be much milder, but it can still kill.  And vaccinations still lessen the effects if not the spread-ability.

Australia offers us a glimpse into what can happen if the pandemic is not handled properly.  In New South Wales there is cautious optimism that the hospitalisation numbers have peaked at 2,863.  Yesterday there were 22 Covid patients in New Zealand’s hospitals.  But in Victoria the number is 1,206 and climbing.  And yesterday 25 people died in New South Wales and 15 in Victoria from Covid.

It is not only the health system that is struggling.  Mass sicknesses have shot Australia’s distribution system to bits and supply chain problems are widespread.

So what does Scotty from Marketing do?  He proposes that teenagers be allowed to drive forklifts.  He has since backed down from the idea which is just as well,  The idea is bonkers.

Back in Aotearoa the opposition are trying their well tested lines that the Government’s measures are failing.  It is hard to understand how they can say this with a straight face given the relative calm right now in the country compared to the carnage that is happening over the ditch.

Chris Luxon was interviewed this morning and managed to combine all of National’s attack lines into one 7 minute interview.

He claimed that the Government had been missing for a month and should have a much more comprehensive plan to deal with Omicron.  There is clearly a plan which involves putting the traffic light system on steroids and continue the impressive roll out of vaccinations and booster shots.

He said that the Government has failed because it does not have enough rapid antigen testing.  The Government has 4.6 million tests available with millions more on order and Ardern was very clear in that the tests will be offered for free, unlike what happened in Australia.  Given the absolute clamour for testing kits overseas I thought she had done remarkably well.  And RAT tests are inferior to current testing and much less reliable.  I don’t know how many times it has to be said the ideal system is to have centrally controlled data and tests administered by health professionals.

Luxon criticised the Government for not having more ICU beds available.  This takes some nerve.  The party responsible for the run down of the Health System over the last decade and for shit running down the wall of one of our major hospitals is criticising the current Government because it has not fixed their calamitous shredding of Health budgets.

He complained that the Government should release its infection modelling, just over an hour before Counties Manukau DHB did precisely that.  Talk about plucking opinions out of your arse.

He tripped up by saying that RATs should be available in supermarkets.  Shades of Scomo’s we have to let retailers make a profit on selling RATs line that went down terribly in Australia.

He also claimed to not understand what happens if and when we go to Red.  Has he been hiding away for the past couple of months?  I would think the logic was quite clear.  Have a look at Australia and how quickly Omicron took hold for a reason why things need to be tightened up if it starts to spread here.

He wants the country to build up a “risk management system”.  Three letter business acronyms will be the death of us all, or at least a few of us.

He was asked about saying in December that Auckland was ready for Green and that in relation to the country we have to open up, albeit with good precautions.  He said in response:

Just for the record I always said that Auckland should move from red to orange sooner than what it did.  That is what I was talking about, not to Green …”

Which is rather confusing because this Herald article clearly suggests that Luxon said Auckland should be in a green setting.

And at the time he did say this:

Saying that the hospitality sector was ready for Auckland to go straight to green and omitting to say that he thinks it should stay in orange is pretty duplicitous.

He thought the Government had handled the pandemic well in 2020 but it was a shambles last year.  Again he should look over the ditch.

You never know, through inspired leadership and the continued efforts of the team of five million Aotearoa may again avoid what has happened overseas.  But if only there was a mature political debate about what to do and not the current “utter shambles” line that National is stuck in.