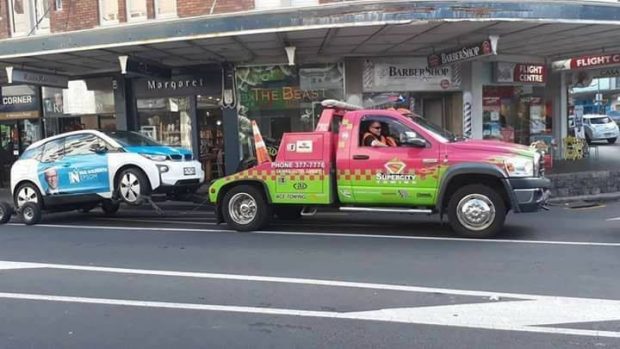 Does anyone in National Party land vet their MP’s media?

Because they are coming out with the most outlandishly stupid stuff.

Like Paora Goldsmith who thinks that as part of New Zealand history our kids should be educated about how Smith and Caugheys developed their business model, rather than how the Treaty of Waitangi and the subsequent egregious breaches are fundamental parts of our history that have shaped Aotearoa New Zealand society.

New Zealand’s first draft plan to teach our own history in schools has been slammed as “unbalanced” by the Opposition National Party.

The long-awaited draft curriculum for what are called “Aotearoa New Zealand’s Histories” is structured around just three “big ideas” – all about Māori and colonisation. They are:

The last idea is explained more fully as: “Individuals, groups and organisations have exerted and contested power in ways that have improved the lives of people and communities, and in ways that have led to damage, injustice and conflict.

“Ideologies and beliefs, from within and beyond Aotearoa NZ, underpin expressions of power and resistance and insisting on rights and identity.”

But National’s education spokesman Paul Goldsmith, who has written several books on NZ business and economic history, immediately attacked the first draft as “lacking in balance and needs revision”.

“The themes are mainly about identity and identity politics. That’s part of the story – but there are other elements to New Zealand’s history,” he said.

“How did we make a living as a country? How, in such a short space of time, did we attain one of the highest living standards in the world?

“Those basic questions don’t feature prominently. They deserve much more than a passing reference.

“New Zealand is also one the oldest democracies in the world, with strong traditions of freedom and the rule of law – which is rare in this world. How did those institutions develop? Again, this is not a central theme,” Goldsmith said.

“History is always contested. I encourage all New Zealanders to look at the proposals and submit on them.”

Paora misses the point.  Breaches of the Treaty of Waitangi, particularly in relation to land, allowed for the establishment of New Zealand’s farming sector which along with the extraction industries has allowed for our economy to form.  So the curriculum actually focuses on the central reason that our standard of living was so high, at least for some.

When you look at Paora’s bibliography you can see what he is fascinated by.  Alongside the books about John Banks and Don Brash he has written about Fletchers, the Myers family, a history of tax in Aotearoa, Alan Gibbs and William Gallagher.  Maybe he is hoping that a change in the curriculum to focus on business will mean that his books will become more popular.

And understanding the development of our democracy is assisted by understanding colonisation and its effects.  Basically we implemented an English system of Parliamentary rule but as time has passed and affected in no small way by Te Ao Māori our system has developed and progressed.

My initial reaction was that Paora was engaging in some good old racist dog whistling.  But having a look at what he has written about he is actually obsessed with how business has developed in New Zealand.  And thinks that it is the most important part of our history.