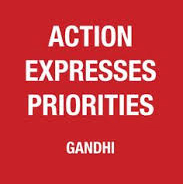 Covid-19 is sucking up a lot of oxygen of Government and of the NZ public. It is hard to think of other things when the number of news cases goes up & down like a yo-yo and in a synchronous way our hopes for relaxing of Alert Levels.

This pandemic has laid bare many issues and problems in NZ whilst others have been pushed into the background. Scientists, researchers, and vaccinologists, immunologists & epidemiologists in particular, have called for more funding from Government to better deal with this pandemic and better prepare for what’s coming next.

However, cancer patients have not stopped having cancer – tumours don’t stop growing because of Covid-19 – RSV reared its ugly head, again, and mental health is taken a battering too. To name just a few other issues that deserve our attention (and funding!) and would be more of a priority under normal circumstances.

However, this is the new normal and even when we finally get back to Level 1 it won’t be the same as before.

Prioritising doesn’t necessarily mean falling into binary choices, but in practice it does certainly feel that way and in some cases it does become a binary choice & decision although the PR departments usually prefer to call it ‘deferral’. Deferral often leads to cancellation, preferably when it is more opportune and the people are distracted.

This near-singular focus of politics and economics on Covid-19 can easily lead to an attention deficit and a vacuum of political debate on other pressing issues. Some can easily fill a political vacuum in the Opposition, like moths attracted to a flame. The press, as always, likes to blow things up beyond real proportions. Such is the nature of the beast.

The public seems more interested in balls, booze & burgers. We all have our own priorities and personal choices to make. Especially small businesses struggle for survival no matter what Government is trying to do to help. Life is tough for some (many).

The public’s ire is easily raised under these circumstances. Be it about people flouting the rules and jet-setting to Wanaka or the more orchestrated attack on James Shaw going overseas to some kind of conference called COP26. His main two sins, in addition to his mortal sin of being a Green MP and Co-Leader of the Green Party, are the thousands of carbon miles he’ll generate and the thousands of MIQ places he’ll be occupying and taking away from others who need and deserve it more. I’m exaggerating the latter, of course, but you’ll get the gist – when you crucify someone it helps to use big nails.

The good news is that this present pandemic is not likely to wipe out the human race. Phew! Luckily, we do have other ‘options’ to achieve this, if we want: 1) a nuclear holocaust followed by a nuclear winter; 2) climate change caused by anthropogenic emission.

Nobody knows what will happen, not even science-fiction writers, but what could a nuclear winter look like? Some kind of post-human dystopian Jurassic Park or Planet of the Apes or more like a post-nuclear spring where wildlife seems to flourish without human interference like Chernobyl? Life without humans? It might be shattering a few fragile egos but we’ll get over it, eventually, when we’re gone. Similar questions could be asked about the aftermath and fallout of climate change. Prevention is better than cure.

One of the best ways of dealing with the stresses caused by enhanced uncertainties about the future is getting back to nature, be it gardening or a walk in the park or on the beach. It is a real shame that people who live in the Waitakere Ranges have been banned from entering this magnificent protected Regional Park in Auckland with many of the tracks still being sealed and fenced off to the public.

For years, the fight against Kauri dieback was underfunded, like much of scientific research in NZ that operates on the smell of an oily rag and the goodwill and stubborn dedication of researchers and students, and we’re still not out of the woods [pun intended]. 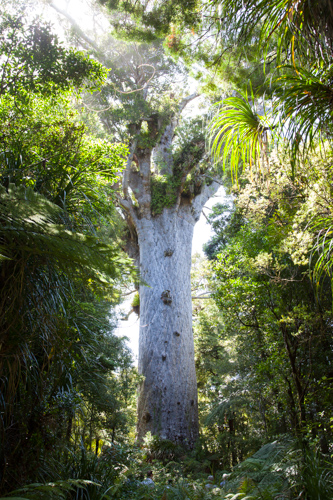 Some may argue that people come before trees in the priority rankings. Be this as it may, the world would not come to an end if Kauri goes extinct. Apparently, every day species across the world go extinct. It is a natural process, isn’t it, called evolution? And evolution is a good thing, isn’t it? Arguably, the world is not the same without Kauri. Science may be able to bring back extinct species in the future, right? Maybe, or maybe some smoke too much of their own dope or have watched too many Hollywood movies.

Once Kauri disappear, the ecosystems are likely to change as well, over time. They’re already under threat of invasion by invasive non-endogenous species (AKA pests) that can easily become dominant. The spread of dominant species in NZ ecosystems is not too different from the spread of the Delta variant of Covid-19 across the world. It is natural evolution, helped a little by us hominoids, so it must be ok then.

There are some interesting parallels between the fightback against Kauri dieback and the response to Covid-19. Some (many) didn’t take things too seriously and some flouted the rules and got charged after several warnings. The (social) psychology has striking similarities too, but was obviously not spearheaded by Dr Ashley Bloomfield and Jacinda Ardern and there is a wee difference in money allocated in the Government Budget. Because priorities.

Getting buy-in to prevent the spread of kauri dieback is not unlike the government’s calls for co-operation in curbing Covid-19, Luitgard says. “We often refer to Covid because we have similar issues. We realise it’s partly communication; people have different values, different beliefs. Sometimes it comes down to communication through signage that is not effective.”

Indeed, the Māori way of viewing things is to see the inter-relationships, i.e. the links rather than the nodes of networks. An integrated way of mātauranga Māori and Western science and of seeing both together could be the way forward. As with most things, where there’s a will, there’s a way. This begs just one question.