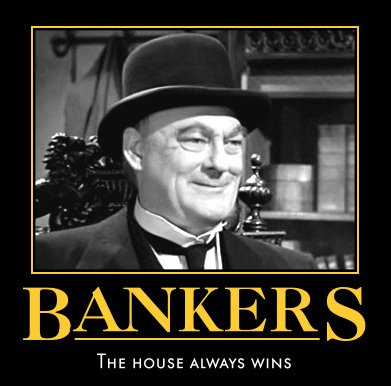 I have given our Minister of Finance some grief on this site before,but it is hard to fault him for his timing or his delivery in seeking to strengthen banking sector oversight.

The Government has announced that it will generate a deposit protection scheme, and will strengthen banker accountability.

This is through a new deposit protection regime, and in work to strengthen accountability for banks’ actions.

Now is the right time to check we have the tools to make sure banks meet their obligations to New Zealanders, and the powers to enforce them.” The Government is also making sure New Zealand follows internationalcbest practice for promoting public confidence in our banking system,including on the issue of depositor protection.”

You get a sense of what Phase 2 of this review will do from Treasury here.

The Government is proposing a limit between $30,000 and $50,000 for the deposit protection regime. This would cover 90% of individual banks in New Zealand, which is similar to international schemes.

The need for this in New Zealand as been considered since at least 2005.

The World Bank has already discussed this moral hazard (intervening and making things worse either then or later for others) quandary at length.

But does anyone’s memory extend sufficiently far back to the bailout of the BNZ? From memory that was a total surprise to an incoming government, and led to the privatization of what had been the bedrock of banking for this country. When banks go down they really do need governments to step in, and the unnevenness of government response to New Zealand banking crises is recounted here.

We now have plenty of tiny banking institutions who would look pretty frail in a decent rural farm price downgrade. And need it be emphasized, we have a really poor savings record as it is as a country, and we need all our banks to stay safe because overall we are up to our necks in mortgage debt. As a country and as a society we are incredibly vulnerable to banks – Australian banks.

Since we are completely dominated by Australian banks overall, it would be wise of us to align ourselves with the Australian banking oversight institutional framework.

This consists firstly of the Australian Prudential Regulation Authority (APRA). Established by the Australian Prudential Regulation Authority Act 1998, APRA is responsible for prudential regulation and supervision of authorised deposit-taking institutions (ADIs) as well as life and general insurance companies (including reinsurers and friendly societies) and the superannuation (retirement savings) industry (other than self-managed superannuation funds).

Then there’s the big daddy, the Reserve Bank of Australia (RBA). Established by the RBA Act, the RBA is responsible for monetary policy, overseeing financial system stability and the payments system.

With the formation of Kiwibank to give just a little competition to the Aussie Big Four, we have glimpse of how powerful the income from a bank being recycled within New Zealand can be. But all this time I think it was us and Israel among the OECD that didn’t have a savings safety net from bank failure (someone correct me).

The first great political timing bit is ensuring that our regulators really can hold banks and their executives to account. Without saying it, these two moves have ANZ and John Key written all over it – simply through the luck of political timing, rather than from actual investigation in the formation of the reports.

The second great thing is that this is a regulatory move that is counter-cyclic: our economy is strong and there’s no sign that bad debts are rising fast. After a decade of property boom over most of our cities, we are swimming in mortgage debt to these banks. This is regulation put in when times ore good, knowing that government needs to be prepared when it (inevitably) goes bad. It shows that this government really can take on an entire industry with boots on.

Final decisions on the full details of a deposit protection regime and strengthened accountability standards will be announced in early 2020. More information is available here.