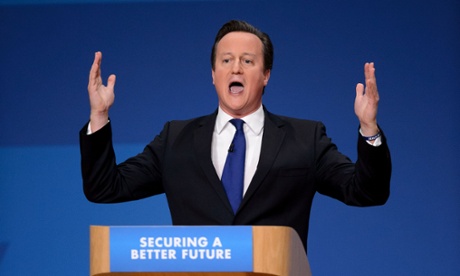 Watching the recent United Kingdom election results unfurl brought back feelings I experienced during  the aftermath to last year’s general election campaign.  Same sorts of issues, same problems for the left and at the end of it all a deeply upsetting result.

The similarities are clear.  A wealth of resources and a Crosby Textor styled campaign turned a tight election campaign into a Conservative win.

The Crosby Textor designed attacks on the stability of a potential Labour Government were very effective.  The Conservatives campaigned on the proposition that a vote for Labour would lead to instability because it was clear that it would rely on the Scottish Nationalist Party to form a Government, if the margin was close enough.  There was also an anti Scottish dog whistle being blown and damage to the relationship between England and Scotland was clearly not something that CT was concerned about.

In the wake of the independence referendum, Lynton Crosby – the Conservatives’ campaign chief – was quick to spot that the risk that Labour would try to squeeze into power with the support of the SNP.

This rapidly became one of the Tories’ main lines of attack and, during the election campaign, effectively drowned out Labour’s key messages.

Backed by polls suggesting a landslide for the SNP in Scotland, David Cameron and his team repeatedly hammered home their message about the threat Ed Miliband poised to the Union.

In the final weeks of the campaign, the message was reinforced by Sir John Major, the former Prime Minister, who said Ed Miliband must rule out a deal with the SNP.

Labour floundered as it tried to respond. For weeks, Ed Miliband tried to duck the question of whether he was prepared to do a deal, claiming that he was instead focused on securing a majority.

It was only in the final week of the campaign that Mr Miliband finally ruled out a deal, by which time the damage had already been done.

Labour’s relationship with the SNP is clearly a troubled one.  Supporters of Scottish Independence are obviously less than impressed with Miliband’s campaigning with the tories against independence and it is interesting that the proportion of the vote the SNP achieved in Scotland (50%) was up slightly on the Yes vote in the referendum (45%).  The seats that the SNP did not win, Orkney, Dumfriesshire and Edinburgh South were generally the areas where the Yes vote received the lowest support.

The popularity of the SNP is not however a recent phenomenon.  It has held power in the Scottish Parliament since 2007 and in 2011 it gained 45% of the vote.  Only a semi proportional voting system prevented a landslide result occurring.  But the SNP’s strength allowed the Conservatives to wedge the Labour Party claiming that Labour would be beholden to the SNP and a Labour Government would be deeply unstable.

The tactic obviously worked.  Shy tories obviously voted against their better intentions for continuation of tory rule.  Only in London where Labour gained seven seats did its performance give any reason for cheer. An intensive on the ground effort may be the reason for this particular result.

The tactic was very similar to that used in 2014 by National that a Labour Government would be beholden to the Greens and Mana and deeply unstable.  That one factor more than any other I believe cost the left the election last year.

Other similarities?  The tories ruthlessly attacked their former allies the Liberal Democrats which finished up a la ACT and United Future as a rump of a party with its future looking grim.  And now that the tories are free of LD’s moderating effects they have signalled immediate action to strengthen surveillance laws.

The Conservatives will move swiftly to strengthen the online surveillance powers of the police and security services now that the block placed by their former coalition partners has been lifted, the home secretary has indicated.

Speaking as early results on Friday indicated the Conservatives would form a government with a Commons majority, Theresa May said increased surveillance powers was “one very key example” of Tory policy that was blocked by the coalition arrangement with the Liberal Democrats in the previous government.

May’s remarks alarmed privacy campaigners who fear a Conservative government will revive the controversial draft communications bill, which was beaten last year after the Lib Dems withdrew their support.

That law, labelled a snooper’s charter, would have required internet and mobile phone companies to keep records of customers’ browsing activity, social media use, emails, voice calls, online gaming and text messages for a year.

Another similarity is that as over here the Tories had significantly greater resources.  I have not been able to locate up to date figures but I am sure that the experience from the last election campaign where the Tories outspent Labour two to one has been repeated if not amplified.

And finally a word about Ed Miliband.  Like David Cunliffe here I thought that Miliband had a good campaign, debated well and progressed as he went on.  But a subversive media campaign against him persuaded enough people that there was something not quite right about him.  The use of proxies to conduct these attacks meant that Cameron and Co could stand to one side and appear to be reasonable while a manufactured persona for Miliband was created.  And although the Guardian provided an alternative MSM view my impression is that the dominant voice in the English media, particularly in Rupert Murdoch’s papers was a pro tory voice. The basic lessons for Aotearoa from the English election results?  Progressive parties need more resources and a more sophisticated way of responding to CT designed campaigns.  And it is imperative that we gain the upper hand in terms of setting the media agenda.

There will be a debate about whether we need a Blairite third way type campaign where ambition is as important as compassion.  Apparently changed use of words will deliver the left power.  These discussions have always frustrated me because Labour has always been ambitious for everyone and the Blairite insistence that we talk about these issues ignores the fact that we always have.  The proponents of this particular way want to substitute slogans and feel good euphemisms for practical measures designed to actually address major issues.  Child poverty and climate change will not be solved by watered down measures designed not to offend anyone.  They require honesty and direct action.

In the English speaking western world progressives are politically on the back foot.  But as the SNP has shown progressive ideas can be popular ideas.